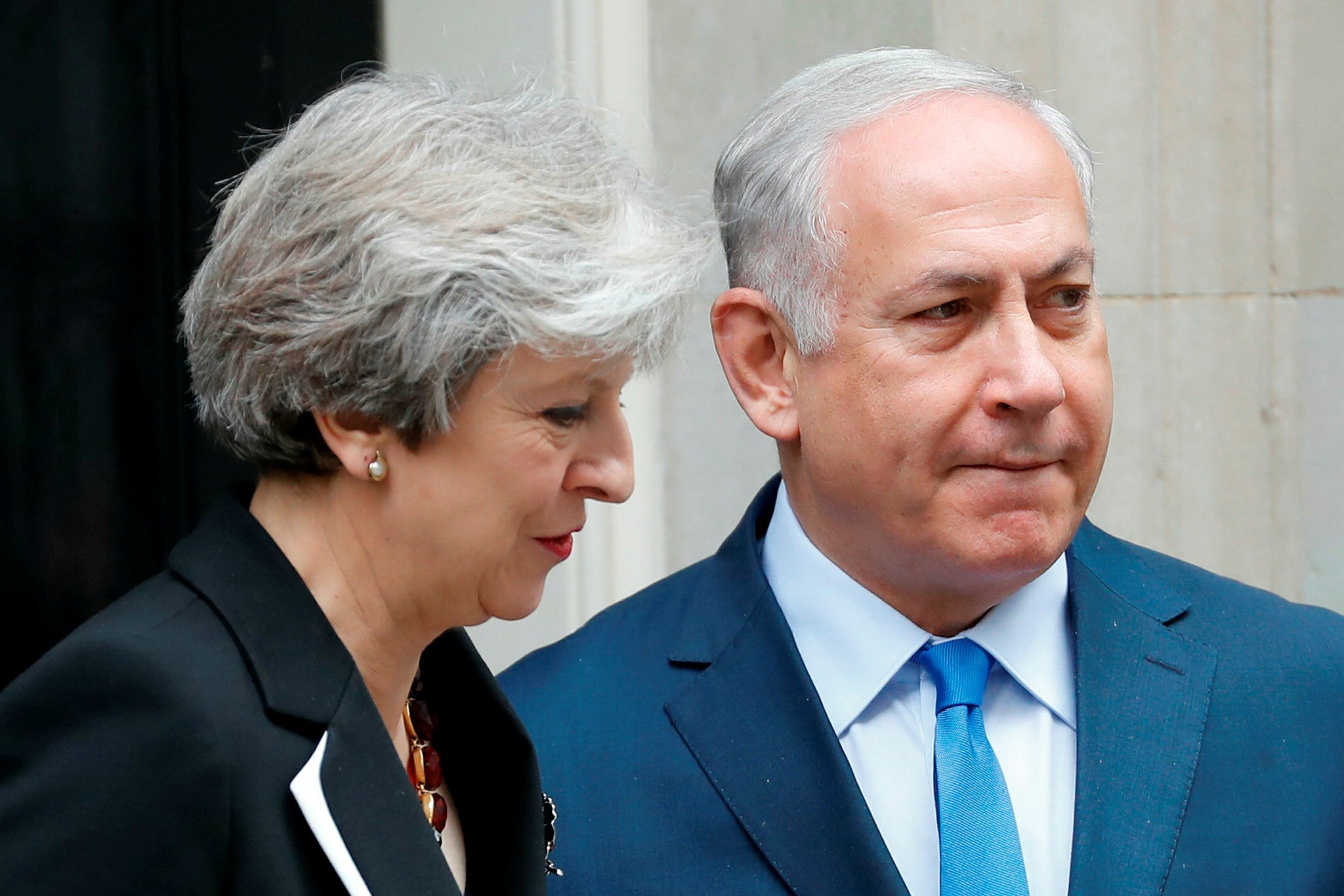 U.K. Prime Minister Theresa May told Benjamin Netanyahu Thursday that Israel must end illegal settlements to achieve peace, as they celebrated the centenary of the British statement that helped lead to the Jewish state's creation.

The two leaders attended a dinner celebrating the Balfour Declaration of 1917, a statement offering Britain's support for "the establishment in Palestine of a national home for the Jewish people."

In a speech at the event, May said Britain was committed to a two-state solution with a viable Palestinian state.

"There will need to be compromises from each side if we are to have a realistic chance of achieving this goal -- including an end to the building of new settlements and an end to Palestinian incitement too," she said.

The Balfour declaration is seen as a precursor to Israel's creation in 1948, and the anniversary is a joyous occasion for Israelis.

But many Palestinians say it led to hundreds of thousands fleeing or being forced from their homes, and thousands took to the streets of various cities Thursday in protest.

Effigies of May and Balfour were set ablaze in the West Bank city of Nablus, while in Hebron protesters burned a British flag.

Palestinian President Mahmud Abbas wrote in a newspaper opinion piece that "the creation of a homeland for one people resulted in the dispossession and continuing persecution of another."

May said she would "absolutely not" apologize for the Balfour Declaration, telling dinner guests: "We are proud of our pioneering role in the creation of the state of Israel."

But she also cautioned that one of the key caveats of the historic letter -- that the rights of non-Jewish communities shall be protected -- has not been realized.

"Sadly, Balfour remains unfinished business -- as his fundamental vision of peaceful co-existence has not yet been fulfilled," she said.

Netanyahu, who is on a five-day visit to London, also met British Foreign Secretary Boris Johnson. Their discussions were expected to include U.S. President Donald Trump's decision last month to refuse to certify the 2015 Iran nuclear agreement.

Before their meeting, May emphasized Britain's commitment to the deal, while Netanyahu said: "The goal that I have in mind is not keeping or eliminating the deal, it is improving the deal and correcting its main flaws.

"Those that want to keep the deal should co-operate on correcting the deal."

Dignitaries at the dinner included a descendant of the Balfour Declaration's author, then foreign secretary Lord Arthur Balfour.

In her speech, May was also warned against a "pernicious form of anti-Semitism which uses criticism of the actions of the Israeli government as a despicable justification for questioning the very right of Israel to exist."

Jeremy Corbyn, leader of the opposition Labour party, was unable to attend but sent a colleague in his place.