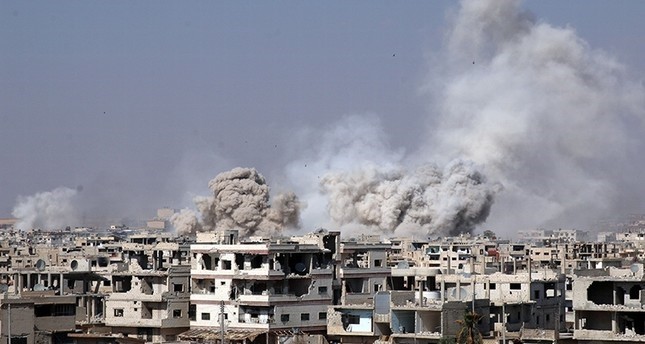 Social media giants YouTube and Facebook are removing hundreds of pages documenting war crimes on their platforms, The Intercept reported on Thursday.

Mentioning YouTube's new artificial intelligence system designed to identify terror propaganda videos published by groups such as Daesh, the website said that the Google-owned video sharing platform has shut down pages of 900 groups and individuals documenting the war crimes perpetrated by Daesh, Al Nusra and other terrorist groups, also the Assad regime.

The AI also shut down Bellingcat, a well-known U.K.-based watchdog devoted to analyzing images coming out of conflict zones including Syria, Ukraine, and Libya, Asher-Schapiro said. 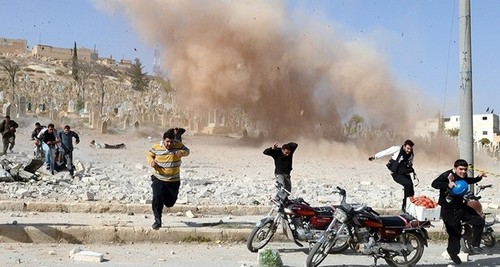 Civilians during a Daesh attack in Al-Bab (AFP Photo)

"YouTube also took down content from the group AirWars, which tracks the toll of U.S. airstrikes in Iraq and Syria," he added.

The report also touched upon the shutdown of pages documenting the oppression Rohingya Muslims are going through. "Meanwhile, in September, Facebook began removing photos and images documenting ethnic cleansing and torture of the Rohingya ethnic minority at the hands of the Myanmar government," The Intercept reporter Asher-Schapiro stated in the piece.

"Facebook would not answer specific questions about war crimes evidence. A spokesperson, who would not agree to sit for an interview or be named, said Facebook tried to be flexible and allow violent content to live on its platform when that content had some social or documentary value," the report added.

"YouTube defended the way it deals with war crimes evidence and its relationship with the human rights groups who collect that evidence," Asher-Schapiro said. "We are committed to ensuring human rights activists and citizen journalists have a voice on YouTube and are proud of how our service has been used to expose what is happening across the globe," Juniper Downs, YouTube's director of public policy, was quoted as commenting on the matter.

Reminding that Sweden has already prosecuted Syrian regime using evidence from both Facebook and YouTube, Asher-Schapiro added that there are 30 ongoing war crimes investigations in Swedish and German courts connected to crimes committed in Syria and Iraq.

The author also mentioned an "egregious" incident, quoting Eliot Higgins, founder of Bellingcat. According to Higgins, 80 percent of the firsthand reports of Syrian regime's chemical attack on the civilian population of Damascus were erased from Facebook. Facebook declined to answer a question about Higgins's claim, Asher-Schapiro added.