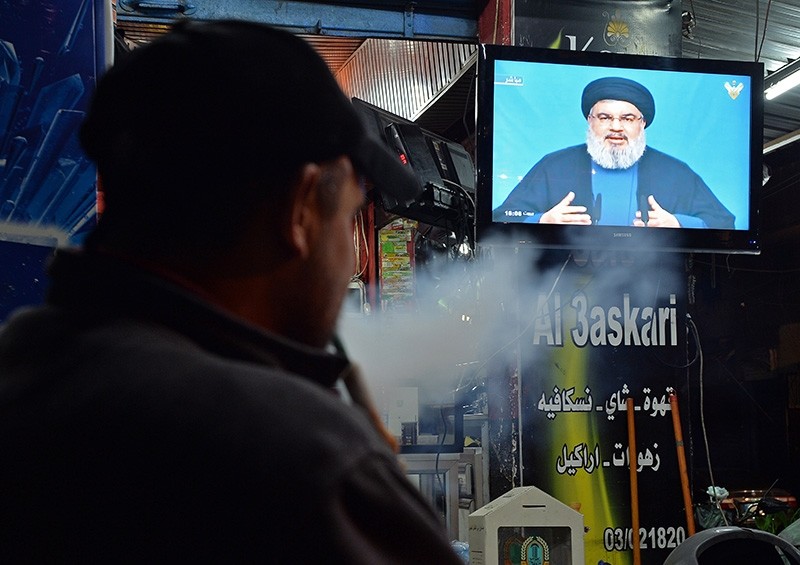 "It is clear that the resignation was a Saudi decision that was imposed on Prime Minister Hariri. It was not his intention, not his wish and not his decision" to quit, Nasrallah said in a televised address.

Hariri, a protege of Riyadh, announced Saturday his surprise resignation in a broadcast from the Saudi capital.

He cited the "grip" of Hezbollah ally Iran on the country, and also said he feared for his life.

"We did not seek this resignation," said Nasrallah, whose powerful movement has participated in Hariri's government for almost a year.

The Hezbollah chief did not directly address the accusations leveled by what he called Hariri's "very hard" speech, saying only that these were "a matter for Saudi Arabia."

Hariri, a two-time premier whose father Rafik held the same position for years and was assassinated in 2005, accused both Iran and Hezbollah of seeking hegemony in the region.

Nasrallah questioned the timing of Hariri's announcement at a time when "things are proceeding normally... in the heart of government" in Lebanon.

The resignation sparked fears that Lebanon -- split into rivals camps led by Hariri and Hezbollah -- could once again descend into violence.

But Sunday Nasrallah called for "calm, patience and waiting until the reasons become clear" for Hariri stepping aside.

"Is he at home? Will they let him return? These are legitimate concerns," he said, referring to a purge of princes, ministers and businessmen in Saudi Arabia in an anti-corruption operation.

Riyadh considers Hezbollah, a close ally of Saudi regional rival Iran, to be a "terrorist" organization.

The two powers' tussle for influence has also played out in ongoing conflicts in Iraq, Syria and Yemen.

It remains unclear who will succeed Hariri as prime minister in Lebanon.

Under the power-sharing system that helped end Lebanon's 1975-1990 civil war, the president must be a Christian, the premier a Sunni and the speaker of parliament a Shiite.