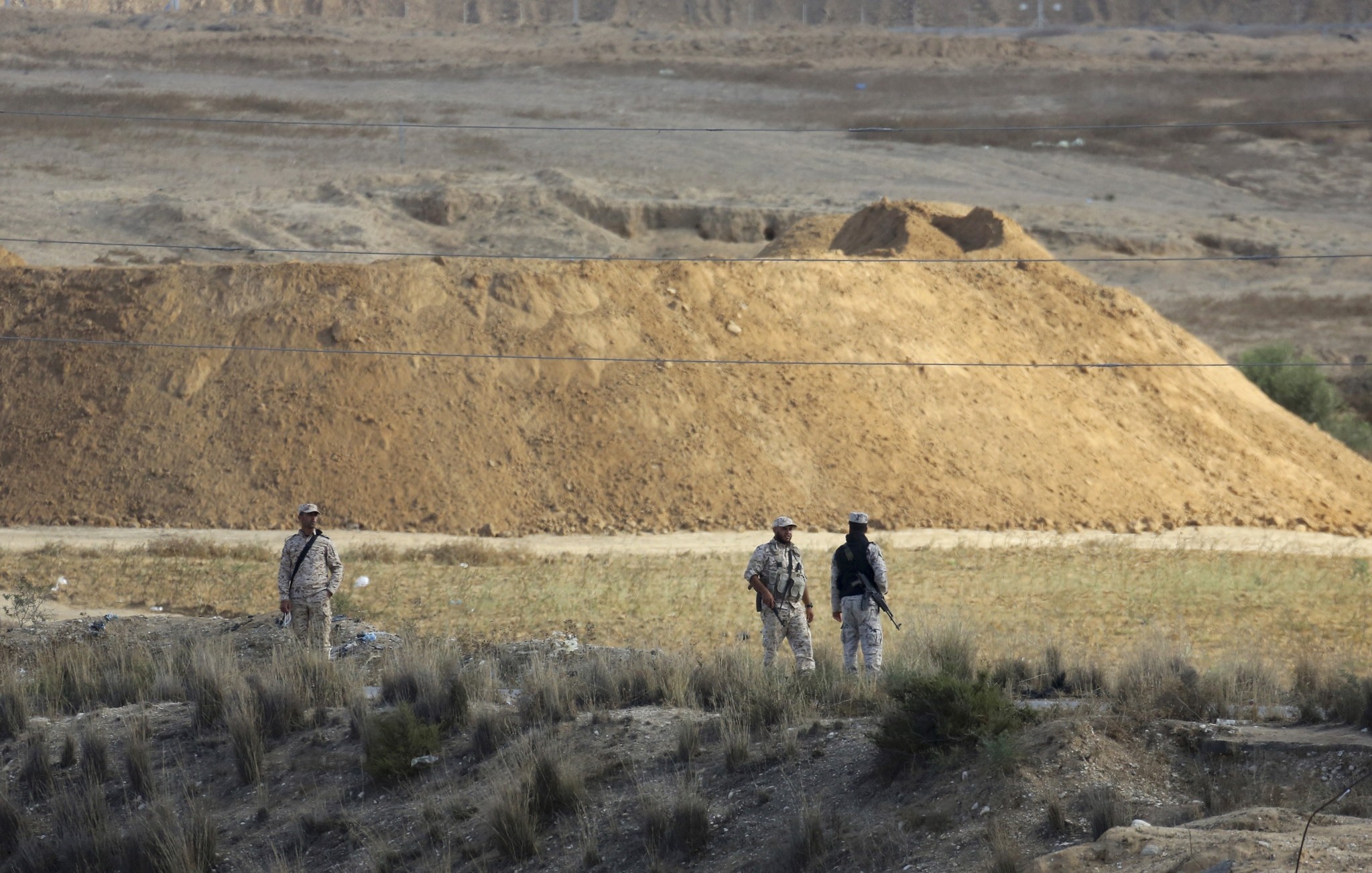 Hamas security forces petrol at the site while Palestinian bulldozers search the destroyed tunnel for the missing of five soldiers near the Israeli border east of Khan Younis, Gaza Strip, Friday, Nov. 3, 2017. (AP Photo)
by Daily Sabah with Agencies
Nov 05, 2017 12:00 am

The Israeli army said Sunday it has uncovered the bodies of five missing Palestinian soldiers from a tunnel from the Gaza Strip that Israel destroyed on its side of the border nearly a week ago.

The bodies confirmed the total number that Palestinians had reported were killed after Israel blew up a tunnel stretching from Gaza into Israeli territory Monday.

Israeli media said the bodies would most likely be retained as bargaining chips to retrieve the bodies of soldiers believed to held in Gaza Strip.

The military however did not say what conditions it would place on their return.

Seven Hamas fighters were previously known to be dead, while the group said Friday that five more soldiers had died, whose bodies were missing.

The Israeli decision to retain the bodies was criticized under humanitarian law demanding that an enemy should be allowed to bury its dead.

Defense Minister Avigdor Lieberman brushed off arguments, saying the decision on what to do with the bodies would be taken by Israel's security cabinet, on which he sits.

"This is not a legal issue, this is a political and security issue, and if there is disagreement, it will be resolved in the security cabinet and not in any other forum," he said on Israeli television.

It was the deadliest Israeli attack on a tunnel since a 2014 war between Israel and the Palestinian resistance faction Hamas, which controls the coastal enclave.

During the 2014 Gaza War, Hamas used a network of tunnels to store weapons, hide from Israeli bombardment and attempt attacks on Israel.

Among the dead from Monday's strike were high-ranking commanders of Hamas.