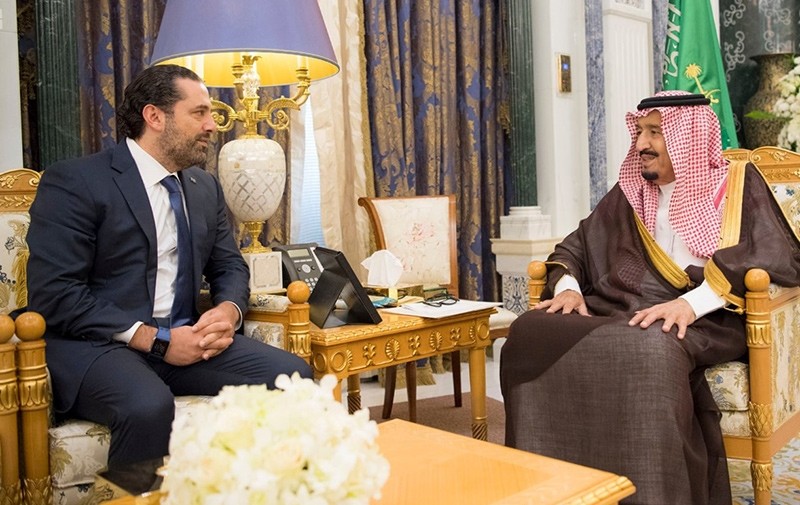 Saad Hariri, Lebanon's prime minister who suddenly resigned over the weekend, has reportedly returned to Riyadh, Saudi Arabia, after visiting the United Arab Emirates, where he met a top official, his office said Tuesday.

Hariri, an ally of Saudi Arabia, flew to Abu Dhabi and then returned to Riyadh, his office said. His Future TV channel said he would also visit Bahrain.

Much is unknown about Hariri's unexpected resignation, which stunned the Lebanese, threw its government into disarray and prompted a frenzy of speculation.

One of the rumors is that Hariri has been under house arrest in Saudi Arabia, or in some way forced to do the Saudis' bidding. His departure for the UAE could appear to dispel that, except that the Gulf federation is a close Saudi ally — the two countries have been spearheading a war in Yemen since 2015 against the country's Shiite rebels who are backed by Iran.

Meanwhile, Saudi Arabia sent its harshest threat Tuesday to the Lebanese government, dominated by the Shiite militant group Hezbollah, accusing it of declaring war against the kingdom through support that Hezbollah allegedly provides to Yemen's rebels.

Saudi Minister for Gulf Affairs Thamer al-Sabhan said the situation was "very sensitive and worrying" and that the Saudi patience over Hezbollah was running thin.

"The Party of Satan has become a tool of killing and terrorism for the kingdom," he told the Saudi-owned Al-Arabiya TV, a play on Hezbollah's name, which in Arabic means the Party of God.

Both Hezbollah and the Houthis, as Yemen's Shiite rebels are known, have denied any role by the Lebanese group in the war in the Arabian Peninsula country.

Sabhan added that the Lebanese people should be aware of the dangers "before we reach a point of no return."