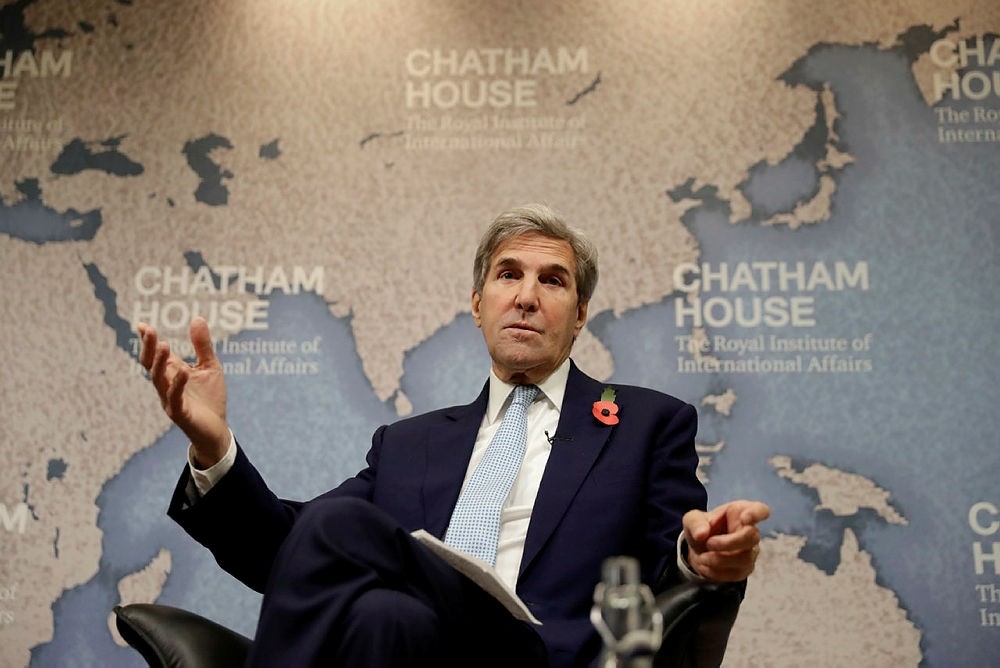 In an unprecedented criticism of the Israeli leadership, Kerry said Tel Aviv did not want a peace deal.

"The Palestinians have done an extraordinary job of remaining committed to non-violence. And in fact when the [2015] intifada took place they delivered non-violence in the West Bank," Kerry said, adding that it was overlooked as the "current government has publicly declared they are not ever for a Palestinian state."

The former top U.S. diplomat's comments published by Israel's Channel 10 were made during a recent conference in Dubai.

"If you see 40,000 kids marching up to the wall everyday with signs saying 'give us are rights,' I mean, I don't think Palestine is going to be immune forever to the civil rights movements that have swept other nations in the world and somehow Israel is ignoring this. That's not leadership," Kerry said.

According to Kerry, a number of measures were worked out to ensure Israel's security, including Jordanian King Abdullah's agreement to host Israeli troops at an airport in the kingdom and the "pre-deployment of weapons" in the West Bank.

"This would have been the most secure border in the world, with an agreement on a rapid response, so if the Palestinian's didn't respond within three minutes or five minutes to an intrusion on the border, Israel had a right to respond," he said.

Kerry also warned that Palestinians' patience over the current state of affairs could eventually be exhausted.

"If you don't have leaders who don't want to make peace, if the equation doesn't change, I'll be amazed if within the next 10 years if we don't see some young [Palestinian] leader come along who says we have tried nonviolence for the last 30 years and look, it hasn't gotten us anything," Kerry added.

In 2013-2014, then-Secretary of State Kerry led major peace negotiations between Israelis and Palestinians, but the talks collapsed with Palestinian leadership blaming it on the building of illegal Jewish settlements on Arab land. Since then Kerry has unsuccessfully tried to revive the peace process.