Israel holds largest ever air force drill with 8 other countries 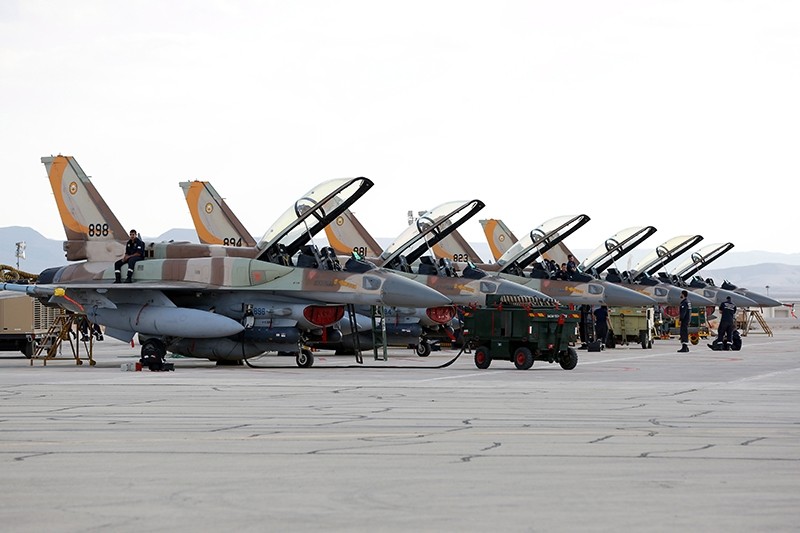 Over 70 aircraft from eight countries are participating in the largest air force exercise ever held in Israel.

This drill marks the first time German or French aircraft have trained over Israeli skies. It is also the first time that India will join the bi-annual exercise.

Dozens of fighter jets and other aircraft face off in training exercises and drills, ranging from air battles to dealing with anti-aircraft systems.

"We are providing them with a high-tech playground," said Col. Itamar, commander of the Ovda base, whose full name was not permitted for publication.

Over 1,000 personnel from the eight countries, including Israel, will participate in event, which the Israeli Air Force (IAF) billed as having a "profound strategic meaning" for "strategic-international cooperation."

"It's not about winning or losing, but about improving combat readiness," Itamar said.

The drill comes as Israel faces challenges from neighboring Syria where the Iran-backed Shiite Lebanese militant group Hezbollah is fighting alongside government forces.

Israel fears its archenemy Iran will establish a Shiite "corridor" on its doorstep, with land links from Iran to Lebanon, allowing for the movement of militants and weapons across the region.