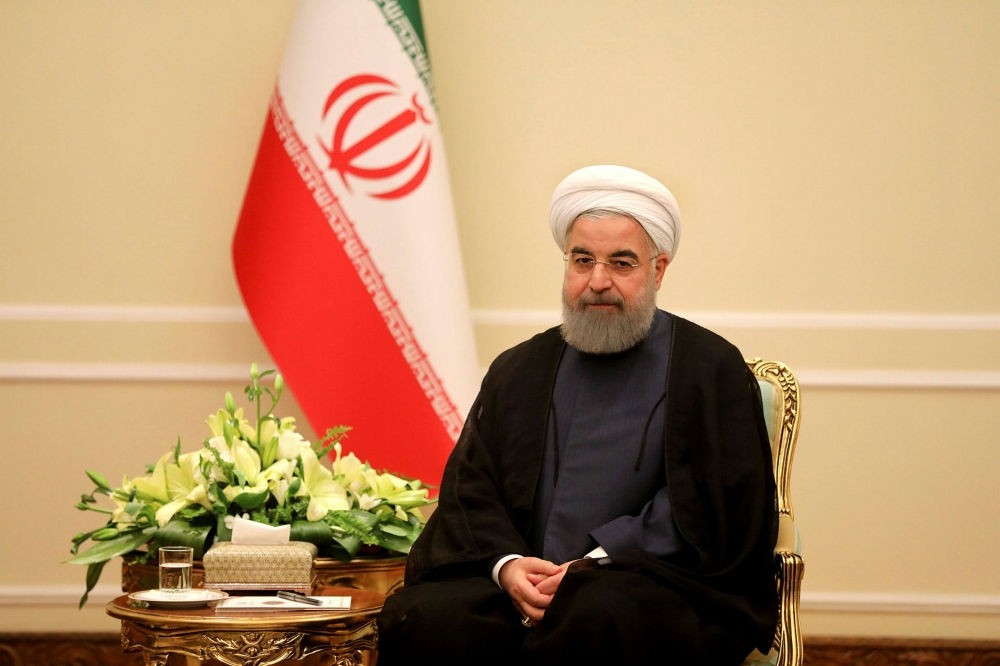 Iranian President Rouhani issued a warning to Saudi Arabia amid a war of words between the countries.
by Compiled from Wire Services
Nov 09, 2017 12:00 am

Saudi Arabia has begun to confront its rival Iran more aggressively on multiple fronts, with Iran warning Riyadh not to take any more chances

Iranian President Hassan Rouhani warned Saudi Arabia yesterday that it will achieve nothing by threatening the might of Iran, as a war of words between the regional heavyweights intensifies.

"You know the might and place of the Islamic republic. People more powerful than you have been unable to do anything against the Iranian people," Rouhani said, as reported by AFP news agency. "The United States and their allies have mobilized all their capabilities against us and achieved nothing," Rouhani added.

Rouhani appeared to be alluding to the Iran-Iraq war of 1980 to 1988, in which Iran successfully resisted an invasion by Saddam Hussein's regime supported by Gulf Arab and Western governments. His comments came after Saudi Crown Prince Mohammed bin Salman accused Iran of delivering missiles to Yemeni rebels to use against targets in the kingdom that he described as "direct military aggression."

Mohammed bin Salman has been intensifying Sunni-led Saudi Arabia's confrontation with Shiite power Iran. The two camps support rival sides in countries across the region such as Yemen, Lebanon, Syrian and Qatar.

Saudi Arabia's bolder steps are largely seen as the work Mohammed bin Salman, who has recently consolidated power as the heir apparent. Under his leadership, the kingdom has shown a readiness to shake up the region, launching a military campaign in Yemen against rebels its sees as Iranian proxies and sparking a confrontation with Qatar in part over ties with Tehran.

Rouhani also criticized Saudi Arabia over what he called unprecedented interference in Lebanese affairs and added his voice to those who suspect the Gulf kingdom forced Lebanon's prime minister to resign.

Rouhani's remarks followed a phone call to his Lebanese counterpart the previous day, in which the Iranian president pledged Tehran's support for Lebanon's stability following the resignation of the Saudi-backed Prime Minister Saad Hariri.

The surprise resignation threw the Lebanese government into disarray and exposed a new front for tensions between the Sunni powerhouse and its Shiite archrival Iran.

"Why are you interfering with Lebanon's internal affairs and governance," Rouhani said, addressing Saudi Arabia, according to his official website, as reported by AP.

"There is no case in history that a country forces another one's authority to resign only to interfere in their internal affairs," Rouhani added. "This is an unprecedented event in history."

Hariri unexpectedly announced from Saudi Arabia that he was resigning on Saturday, and in a televised speech accused Iran of meddling in Arab affairs and the Iran-backed Lebanese militant group Hezbollah of holding Lebanon hostage. Hezbollah has members in the Lebanese unity government that Hariri formed last year.

The resignation was followed by harsh statements from Saudi officials, including accusations against the Lebanese government of waging a war on the kingdom. Iranian officials called the resignation a plot by the United States, Israel and the Saudis to foment tensions in Lebanon and the region.