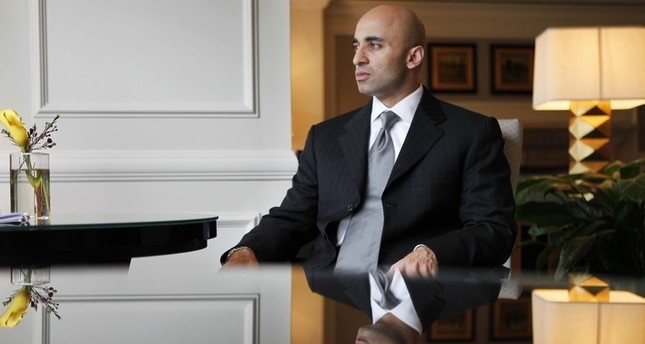 The United Arab Emirates (UAE) tried to influence the United States' Trump administration to designate the Muslim Brotherhood a terrorist organization as well as change the narrative on political Islam, leaks showed Thursday.

Al-Otaiba's emails to Greenblatt occurred at the same time the Trump administration was discussing the decision to label the Brotherhood as a terrorist group.

In the email between al-Otaiba and Greenblatt, the Emirates envoy invites Greenblatt to an event titled "Designating the Muslim Brotherhood? A Discussion with Sir John Jenkins."

Sir John Jenkins, Britain's former ambassador to Saudi Arabia, had previously said "some of the movement's activity amounts to complicity with armed groups and extremists in the Middle East and elsewhere," in a 2014 government report on the Brotherhood's activities in Britain.

After the report, the Egyptian group said Jenkins' ability to carry out an independent report was questionable while working closely with "a non-democratic regime that is openly in political opposition to the Muslim Brotherhood."

"Given the debate on the MB designation, I thought you or some colleagues might be interested in this talk. Jenkins is very impressive. He did the review of MB in the UK," al-Otaiba said in one of his emails to Greenblatt.

According to the emails, Greenblatt was unable to attend the event but the two officials agreed to meet for a lunch at a later date for al-Otaiba to give a briefing on the issue.

The email included a program memo advising the U.S. to not only fight against terrorist groups such as Daesh and al-Qaida but also political Muslim groups that promote Islamism.

Al-Otaiba told the UAE foreign minister that the memo was "a paper on empowering the moderate voice of Islam in the U.S. in order to balance and eventually defeat the voices of Islamism."

Al-Otaiba later arranged meetings with the writers of the memo, Awad and Lorenzo Vidino, to elaborate on the issue. Awad has long been working on the Muslim political group's transition to extremism with a focus on the Muslim Brotherhood in Egypt.

The UAE, one of Saudi Arabia's closest allies, has long been opposed to the Brotherhood's activities in the region and banned it after the ouster of Mohamed Morsi, Egypt's first democratically-elected president.

In June, Saudi Arabia and its Arab allies severed ties with Qatar, calling on the Gulf state to end its support of the Muslim Brotherhood and Palestinian group Hamas.