Political crisis in Lebanon could lead to renewed Israel-Hezbollah conflict 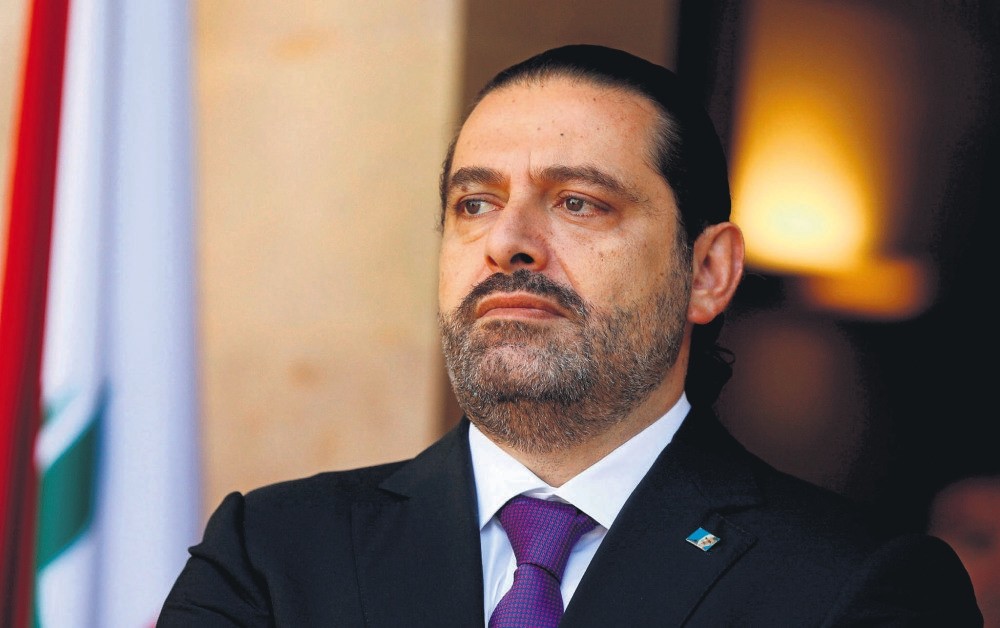 As armed conflicts in Yemen, Iraq and Syria continue, the emergence of political instability in Lebanon following the Prime Minister's resignation could create a front of Israel and Saudi Arabia against Iran

The crackdown in Saudi Arabia, the resignation of Lebanese Prime Minister Saad Hariri and Israel's increasing cooperation with the Gulf, has raised the specter of war between Hezbollah and Israel.

Since yesterday, several media outlets have claimed that the Israeli air forces launched a massive maneuver with aims of destroying Hezbollah positions in Lebanon and driving the militant group out of Golan Heights.

Some Israeli media outlets, including the Jerusalem Post, have proposed that Israel is determined to eliminate Iran-backed Hezbollah, the militant group that is active in Syria, as well.

After Lebanese Prime Minister Hariri declared his resignation amid mounting pressure from Saudi Arabia, Israel welcomed the decision, and the latest reports have claimed that the prime minister, after being forced to resign, is now being held in Saudi Arabia and is not allowed to go home.

Considering the latest purge targeting key officials in Saudi Arabia whose relations with Israel were not considered optimal, as well as the response out of Tel Aviv and Washington expressing their contentment with the crackdown, it remains to question whether Israel will really take action against Hezbollah this time.

Israel considers Hezbollah as an extension of Iranian power and influence in the region, and regards the resignation of the Lebanese prime minister as a move that will cause more instability along its border with Lebanon, which is actually under its occupation.

"Iran actually controls Lebanon and Iraq, and is working very hard to take over Syria. This is a grave threat to stability in the region, as well as world peace. [Prime Minister] Hariri understands very well that after the massacre that is taking place in Syria, he might be next in line [for assassination], as it happened to his father Rafik al-Hariri, and he is saying this in his own words," Yoav Gallant, a member of the Israeli Security Cabinet and former general of the Israeli Defense Forces (IDF) said Sunday.

Contrary to the general approach, Israelis approach to Hariri's resignation as a result of Iran's intervention, although Hezbollah denounced the Saudis for forcing Hariri to leave his post.

A report published in the Washington Post on Wednesday concluded that, "When it comes to Lebanon, [Saudi Arabia's Crown Prince] Mohammed [bin Salman] may have calculated that his men in Beirut were doing little more than giving cover to Hezbollah, analysts say. The movement had formed part of a national unity government, with Hariri as its prime minister."

Last March, Israel made a move which further escalated tensions with Lebanon, proposing a bill in Israeli Parliament that redefined Israel's maritime economic border with Lebanon.

According to the bill, a long-disputed 800-square-kilometer area of maritime territory was claimed by Israel, in an attempt to expand its control and economic benefits on the Sea.

Lebanon's response to the bill was harsh, with Lebanese speaker of Parliament Nabih Berri saying that redefining the maritime border was the equivalent of a declaration of war.

This development and statements indicate that Israel would like to strengthen its power in the Mediterranean Sea amid aims of stopping Iran's expansion and cutting off its access to natural gas resources.

In the scope of these developments, it may be concluded that Saudi Arabia and Israel could take collective action against Iran, using Lebanon as a base.

Iran has been confronting Saudi Arabia not only in Lebanon but also in Syria, and particularly in Yemen, where a terrific war has devastated the country.

Riyadh accuses Tehran of arming the Houthi rebels in Yemen attacking Saudi forces, while the latter denies the claims, saying that Saudi Arabia is responsible for destabilizing the region.

The crises in Yemen, Iraq, Syria and finally Lebanon could consolidate already improving relations between Israel and Saudi Arabia.