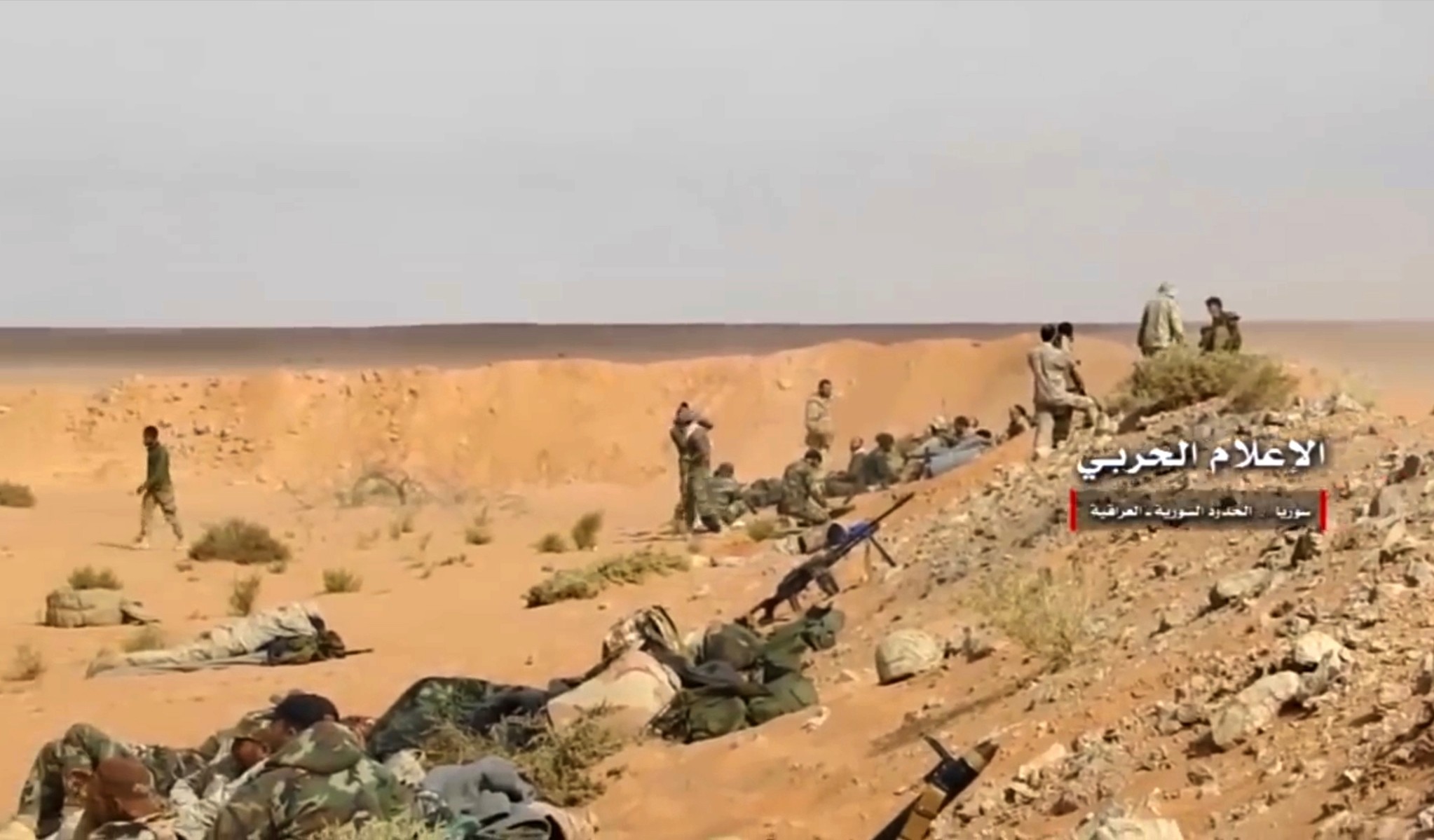 This frame grab from video provided Wednesday, Nov 8, 2017 by the regime-controlled Syrian Central Military Media, shows Assad troops taking up positions on the Iraq-Syria border.
by Associated Press
Nov 11, 2017 12:00 am

Syrian opposition activists said Daesh militants have regained control of a town near the border with Iraq that the government said it captured earlier this week.

Boukamal, the last major Daesh stronghold in Syria, was taken by government soldiers and their allies on Thursday. Daesh militants withdrew from the town and launched a counteroffensive over the past two days.

Rami Abdurrahman of the Britain-based Syrian Observatory for Human Rights and Omar Abu Laila, a Europe-based opposition activist originally from Syria's eastern province, said Saturday that Daesh fighters are now once again in full control of the town.