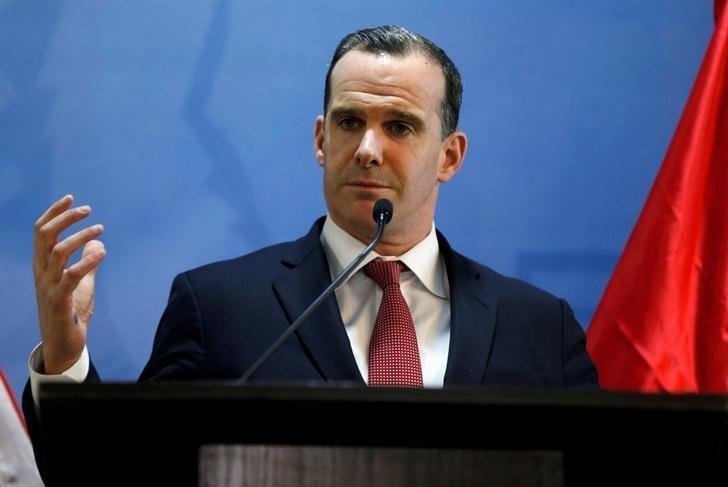 U.S. officials have agreed that Iranian-backed militias could be using American-made arms and that Brett McGurk, the anti-Daesh envoy appointed by former U.S. President Barack Obama, had a key role in enabling policies that helped arm the militants, the conservative Washington Free Beacon said in a piece on Monday, citing American officials.

"Lawmakers and others have singled out Brett McGurk, the special presidential envoy for the Global Coalition to Counter ISIS, as playing a key role in enabling policies that help arm Iranian backed forces," the website said, using an alternative acronym for the Daesh terrorist group.

The militias in Iraq closely linked to Iran's Islamic Revolutionary Guards Corps (IRGC), are being trained and armed by the American government, the website claimed, quoting sources labeling the policy one of the chief failures of the U.S. in the region.

Meanwhile, according to images circulating in the media recently, the flag of the Kataib Sayyid al-Shuhada (KSS), part of the Hashd al-Shaabi umbrella group, was fluttering from the back of an M1 Abrams tank, the U.S. military's main battle tank.

"Top lawmakers and others have begun to present evidence showing that the State Department continues to provide widespread support for Iranian-backed militias in Iraq, a program that first begun under the Obama administration," the Washington Free Beacon said.

The Washington Free Beacon quoted multiple sources accusing the State Department of making "common cause" with the IRGC. According to the website, the sources said that the Iranian organization "benefited from ongoing American efforts to arm and train Iraqi militia groups."

Pointing to the continued presence of senior Obama administration officials in the U.S. government, the sources called their existence one of the primary drivers of this ongoing policy.

According to the report, President Donald Trump's senior officials are also aware of the evidence "that some Iraqi forces on its blacklist are using American arms."

"We have seen reports that some U.S.-origin military equipment is being operated by Iraqi militia units that are not the approved end-users," a spokesman for the White House National Security Council was quoted as saying in the report.

"The State Department should not be making common cause with the IRGC, [Iranian Gen.] Qassem Soleimeni, the Quds Force or Shia militias," Rep. Ron DeSantis (R., Fla.), a member of the House Foreign Affairs Committee and one of several lawmakers who recently disclosed direct evidence of Iranian-backed fighters using American-made tanks and other military equipment in Iraq, was quoted as saying in the report.

The website also referred to a comment by Bill Roggio, a veteran military analyst and editor of the Long War Journal, which chronicles U.S. military efforts. According to Roggio, the drive to defeat Daesh has pushed senior U.S. military and diplomatic officials to ignore Iran's growing role in Iraq.

"The U.S. military and government has been so desperate to defeat ISIS that it has consciously ignored that its allies in Iraq and Syria include Shia militias backed by Iran and the PKK, which is designated by the U.S. government as a foreign terrorist organization," Roggio was quoted as saying in the piece.

McGurk has drawn fire many times for paying visits to PKK-linked militants. In 2016, McGurk held a meeting with representatives from the PKK Syrian affiliate Democratic Union Party (PYD) and its People's Protection Units (YPG) militia. 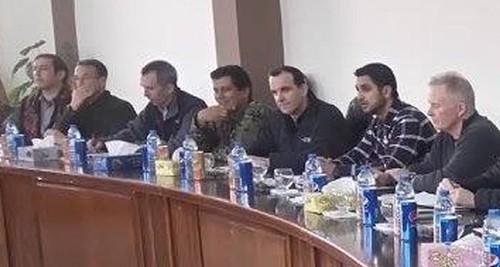 Photos of McGurk circulated in the media, which showed him sitting right next to senior PKK militant Abdi Ferhad Şahin, who goes by the alias "Şahin Cilo," and who is currently on the list of the Turkish Interior Ministry's most wanted terrorists with a TL 4-million ($1.03 million) bounty on his head.