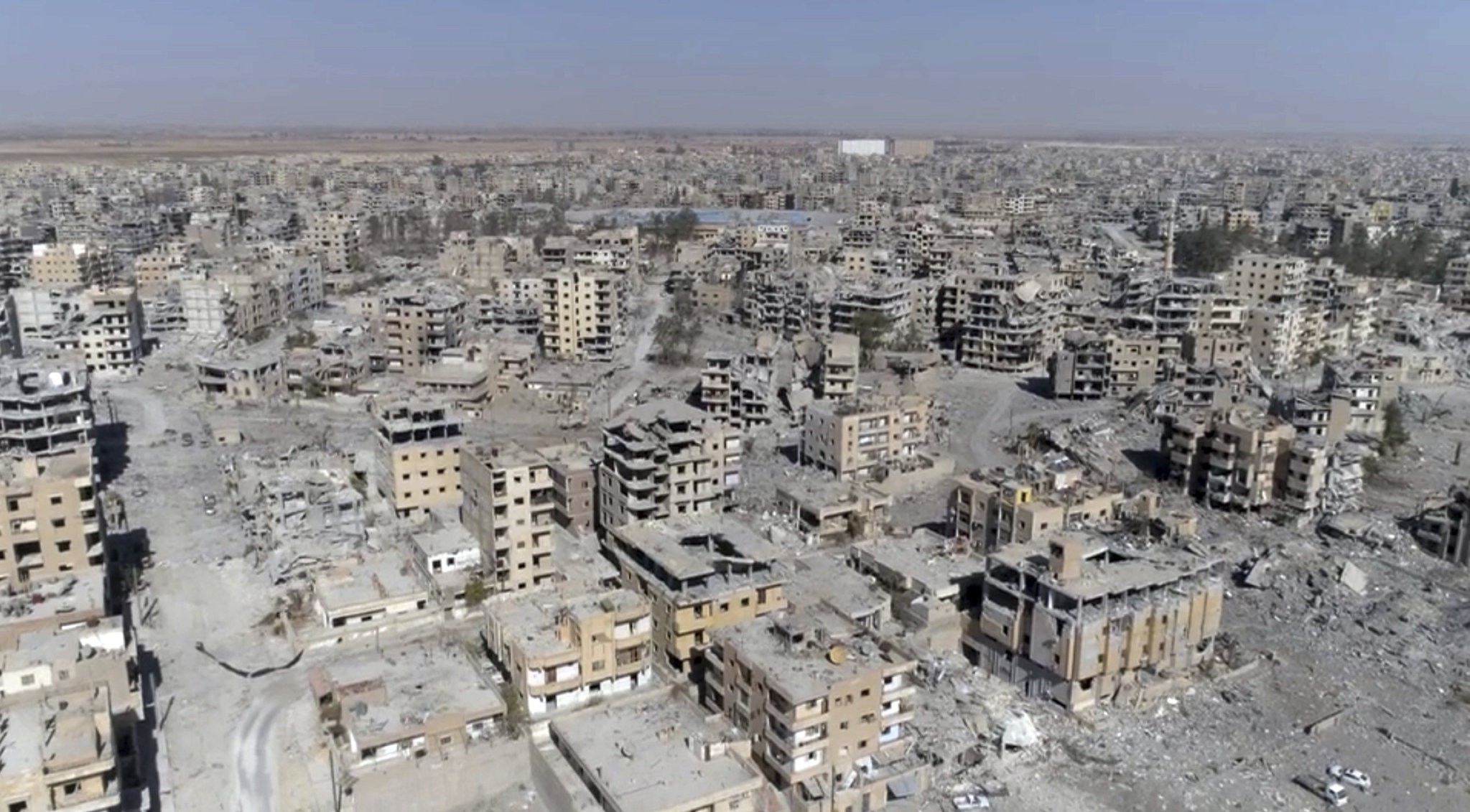 The Syrian Democratic Forces (SDF) – which is predominantly led by the PKK's Syria affiliate, the People's Protection Units (YPG) – struck a deal with Daesh terror group to help thousands of Syrian and foreign militants and their families escape from Raqqa along with their weapons and ammunition, according to an investigative report by the BBC.

The BBC report revealing the details of the deal to arrange Daesh's evacuation included interviews with drivers carrying the militants, Syrians observing the convoy and secret footage showing trucks loaded with armed men.

One of the truck drivers told BBC that the SDF asked him to manage a convoy to carry hundreds of families displaced by fighting from the town of Tabqa to a camp further north, which would take approximately six hours.

The driver, Abu Fawzi, told BBC that YPG promised the drivers thousands of dollar and said the operation had to be kept secret.

However, he and the other drivers later discovered that the journey would take three days of driving to carry Daesh terrorists and deadly weapons.

"We were scared from the moment we entered Raqqa. We were supposed to go in with the SDF, but we went alone. As soon as we entered, we saw Daesh fighters with their weapons and suicide belts on. They booby-trapped our trucks. If something were to go wrong in the deal, they would bomb the entire convoy. Even their children and women had suicide belts on," Abu Fawzi said.

Another driver said the convoy consisted of nearly 50 trucks and 13 buses, along with more than 100 vehicles belonging to Daesh fighters. Ten trucks were loaded with weapons and ammunition.

YPG did not allow any foreign media into Raqqa, making it easier to arrange Daesh's evacuation in secret.

However, the footage secretly recorded and obtained by the BBC shows semi-trucks towing trailers crammed with armed men.

The U.S.-led coalition and local officials had previously confirmed a deal was reached with the terrorist group to allow Syrian militants to evacuate from Raqqa.

However, foreign fighters were strictly excluded from the evacuation deal, as well as the weaponry. Top U.S. envoy for the anti-Daesh coalition Brett McGurk had previously stated that foreign fighters in Raqqa would die in the city.

An SDF spokesman said in October that a group of Syrian Daesh fighters without foreign militants had evacuated Raqqa overnight, taking civilians with them as human shields.

However, the BBC reported that the militants leaving Raqqa included foreigners from France, Egypt, Azerbaijan, Turkey, Pakistan, Yemen, China, Tunisia and some other countries.

Abu Fawzi said he and other drivers were abused and threatened by Daesh terrorists throughout the route.

"They were defiant and didn't care. They accused us of kicking them out of Raqqa."

He said one of the female foreign fighter threatened him with her AK-47.

Abu Fawzi said after reaching the destination, he went back and informed SDF about the exact geographic location of the Daesh terrorists.

The U.S.-backed YPG forces were battling since June to defeat Daesh terrorists in Raqqa, which served as the terrorist group's de facto capital in Syria and declared victory in the city in October.

Despite its fall, the group's media apparatus has remained active and its fighters are likely to keep up their insurgency from desert areas.