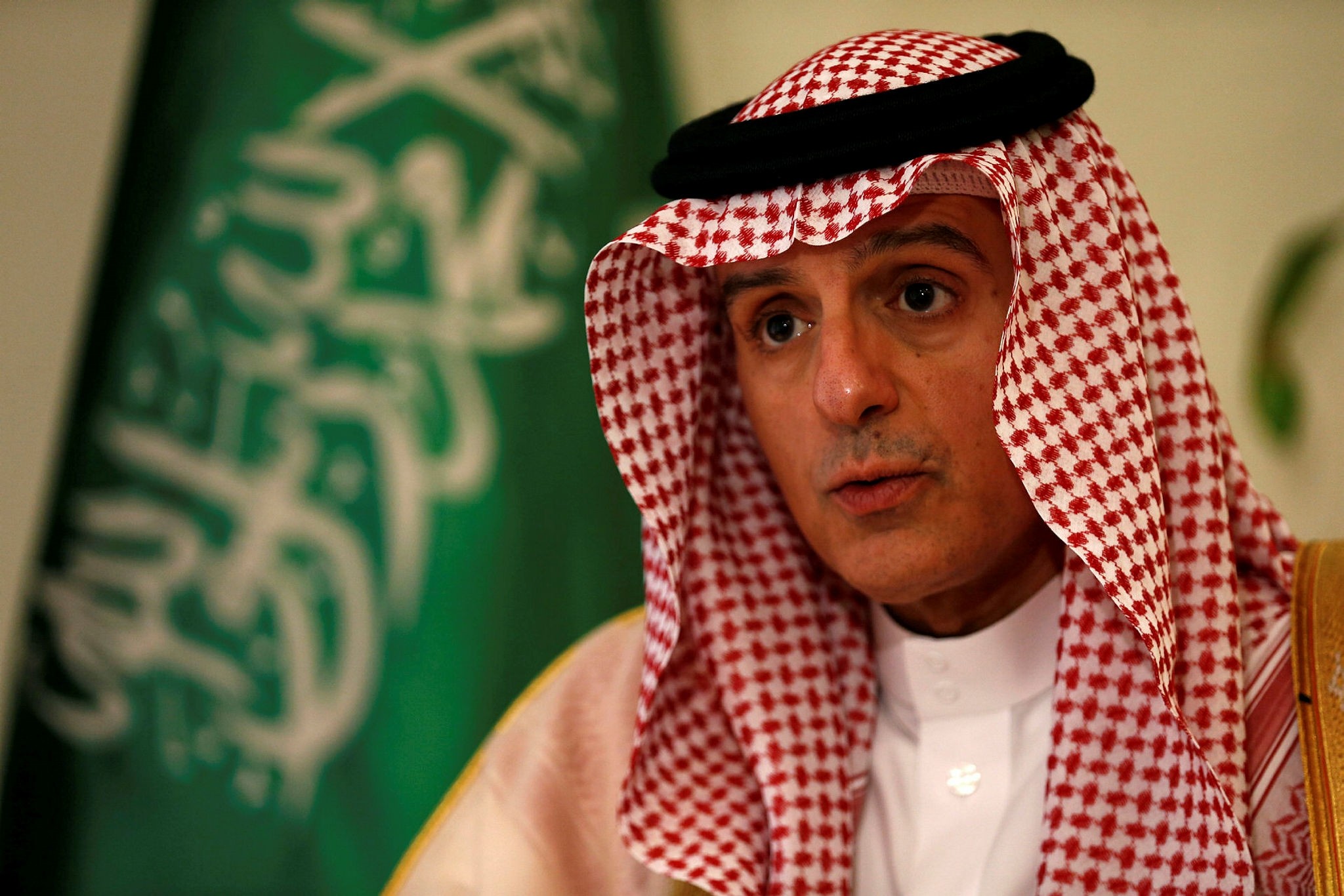 Saudi Foreign Minister Adel al-Jubeir attends an interview with Reuters in Riyadh, Saudi Arabia, November 16, 2017. (Reuters Photo)
by reuters
Nov 16, 2017 12:00 am
Saudi Arabia's Foreign Minister Adel Jubeir said on Thursday the kingdom's actions in the Middle East were a response to what he called the "aggression" of Iran. The top diplomat also said that Iran-backed Hezbollah must disarm.

Long-standing arch-rivals, Riyadh and Tehran are waging a contest for power on several fronts across the region, notably in Yemen and Lebanon.

"Any way you look at it, they (the Iranians) are the ones who are acting in an aggressive manner. We are reacting to that aggression and saying, 'Enough is enough. We're not going to let you do this anymore'", Jubeir told Reuters in an interview.

He said Saudi Arabia was consulting its allies about what leverage to use against Lebanese Shi'ite militant group Hezbollah -- an Iranian ally -- to end its dominance in the small Mediterranean nation and intervention in other countries.

"We will make the decision when the time comes," he said, declining to detail what options were under consideration.

Jubeir said Hezbollah, which he described as a subsidiary of Iran's Revolutionary Guard, must disarm and become a political party for Lebanon to stabilize.

"Whenever we see a problem, we see Hezbollah act as an arm or agent of Iran and this has to come to an end," he said after meeting his French counterpart in Riyadh.

Saad al-Hariri, a Saudi ally, resigned as Lebanon's prime minister on Nov. 4, citing an assassination plot and accusing Iran and Hezbollah of sowing strife in the region.

In Yemen, where Saudi Arabia is involved in a two-year-old war and has been criticized for blocking humanitarian aid, Jubeir accused the Iran-aligned Houthis of besieging civilian areas and preventing supplies from coming in or out.

"That's why you have the starvation that's taking place in Yemen and people need to do a more serious job of holding Houthis accountable for this," he said.

Jubeir said domestic anti-corruption investigations which have netted senior princes, officials and businessmen in the past two weeks were ongoing.