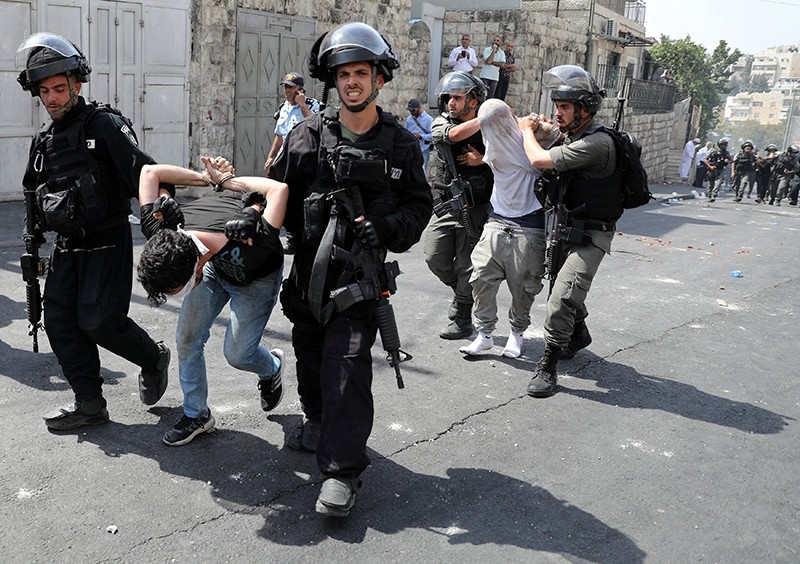 At least 30 Palestinians were rounded up in overnight raids conducted by the Israeli army late Wednesday and early Thursday.

In a statement, the army said the 30 detained individuals were suspected of involvement in "popular terrorist activities."

It also said it had sealed the home of Khaled Makhamra, a Palestinian jailed by Israel earlier for taking part in an attack on Israelis.

Located in the West Bank town of Yatta, Makhamra's family had been living in the home, which the Israeli authorities had already partially demolished following Makhamra's arrest.

According to official Palestinian statistics, the Israeli authorities are currently holding roughly 6,500 Palestinian prisoners, most of whom hail from the Israeli-occupied West Bank.

The Israeli army frequently carries out wide-ranging arrest campaigns in the West Bank on the pretext of searching for "wanted" Palestinians.