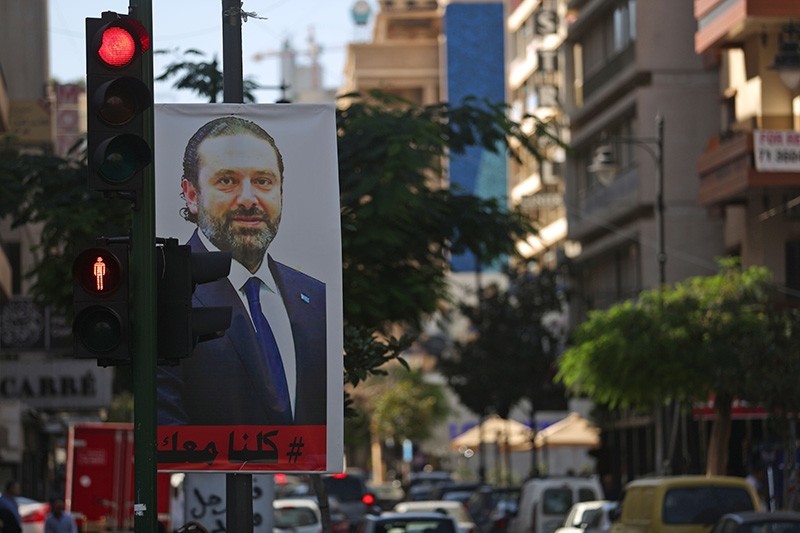 A poster for Lebanese Prime Minister Saad Hariri is seen hanging on a traffic signal in Beirut's Hamra street on November 15, 2017 (AFP Photo)
by Associated Press Nov 17, 2017 12:00 am

Hariri said in a tweet on Friday that he has stayed in Saudi Arabia to consult about the future of Lebanon and its relations with the region.

He is expected to head to France this weekend upon a French invitation, which has appeared to end speculation about being held against his will.

Hariri also says "stories" about his and his family's sojourn in Saudi Arabia are only "rumors."

Hariri's televised Nov. 4 resignation from Riyadh stunned the Lebanese, many of whom saw it as a sign that the kingdom — the prime minister's chief ally — had decided to drag tiny Lebanon into the Sunni kingdom's feud with the other regional powerhouse, the predominantly Shiite Iran.