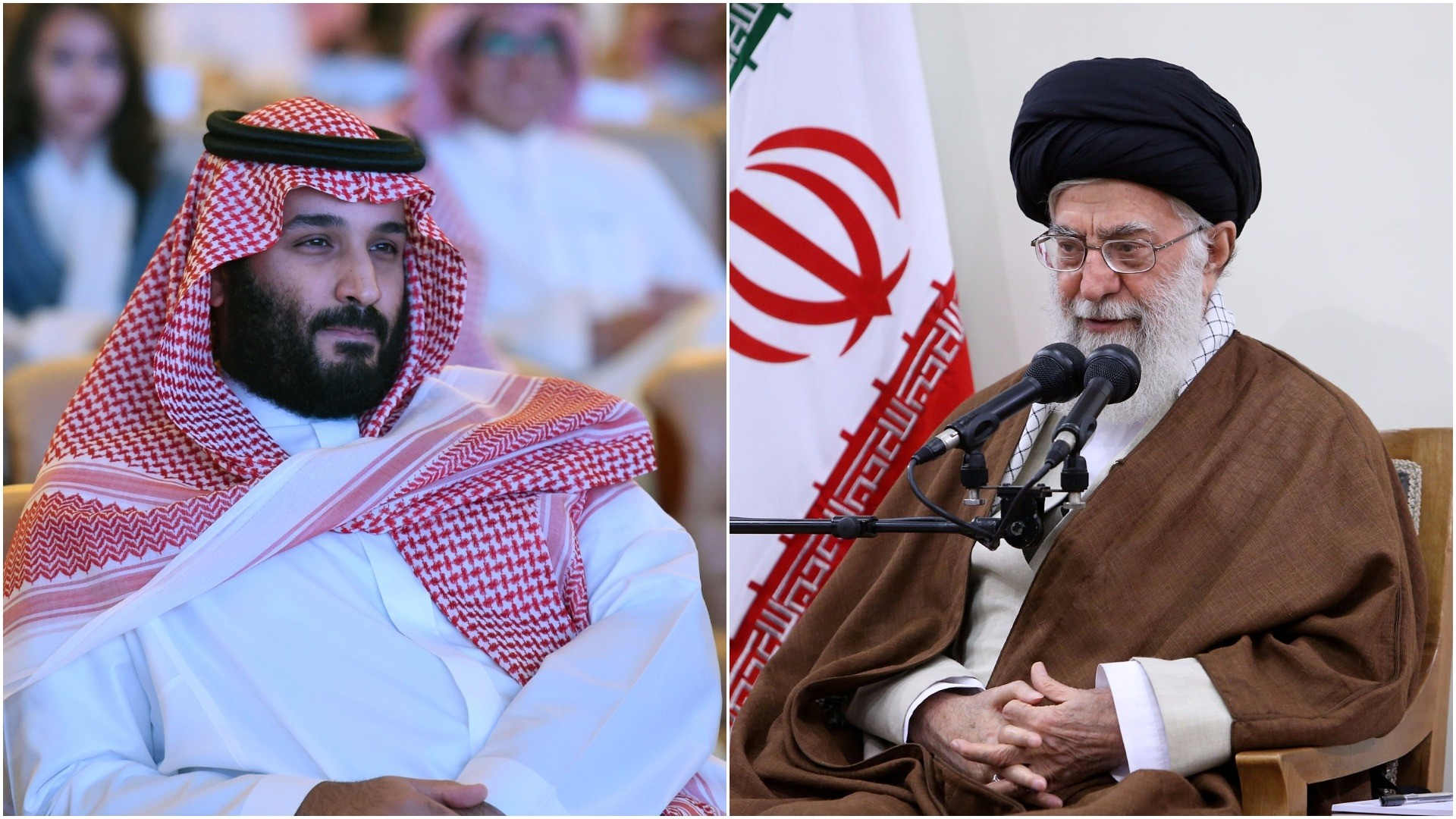 Saudi Arabia's powerful Crown Prince called the Supreme Leader of Iran "the new Hitler of the Middle East" in an interview with the New York Times published on Thursday, sharply escalating the war of words between the arch-rivals.

The Sunni Muslim kingdom of Saudi Arabia and Shi'ite Iran back rival sides in wars and political crises throughout the region.

"But we learned from Europe that appeasement doesn't work. We don't want the new Hitler in Iran to repeat what happened in Europe in the Middle East," the paper quoted him as saying.

Saudi Arabia and its arch-rival Iran have traded a bitter war of words after a missile fired from Yemen was intercepted near Riyadh airport on November 4. The missile was claimed by Yemen's Tehran-backed Houthi rebels.

Tehran has strongly denied supplying any missiles to the rebels, and President Hassan Rouhani has warned Saudi Arabia of Iran's "might".

The spike in tensions coincides with Prince Mohammed's new anti-corruption purge, which saw around 200 elites including princes, ministers and business tycoons arrested or sacked earlier this month.

The prince described as "ludicrous" reports equating the crackdown to a power grab, saying that many of those detained at Riyadh's opulent Ritz-Carlton hotel had already pledged allegiance to him.

"A majority of the royal family" is behind him, the prince said, dismissing longstanding rumors of internal opposition to his meteoric rise.

He said 95 percent of those detained agree to a "settlement", or handing over ill-gotten gains to the Saudi state treasury.

Saudi Arabia's attorney general estimates at least $100 billion has been misused in embezzlement or corruption over several decades.

Authorities have frozen the bank accounts of the accused and warned assets related to the alleged graft cases would be seized as state property, in what they describe as a top-down approach to battling endemic corruption.

"About one percent are able to prove they are clean and their case is dropped right there. About four percent say they are not corrupt and with their lawyers want to go to court," the prince said.

"We have experts making sure no businesses are bankrupted in the process," he added.

The purge has triggered uncertainty among businesses that could lead to capital flight or derail reforms, experts say, at a time when the kingdom is seeking to attract badly needed investments to offset a protracted oil slump.

Tensions soared this month when Lebanon's Saudi-allied Prime Minister Saad Hariri resigned in a television broadcast from Riyadh, citing the influence of Iran-backed Hezbollah in Lebanon and risks to his life.

Hezbollah called the move an act of war engineered by Saudi authorities, an accusation they denied.

Hariri has since suspended his resignation.

Saudi Arabia has launched thousands of airstrikes in a 2-1/2-year-old war in neighboring Yemen to defeat the Iranian-aligned Houthi movement that seized broad swaths of the country.

Salman told the Times that the war was going in its favor and that its allies controlled 85 percent of Yemen's territory.

Bin Salman said in May that the kingdom would make sure any future struggle between the two countries "is waged in Iran".

For his part, Khamenei has referred to the House of Saud as an "accursed tree", and Iranian officials have accused the kingdom of spreading terrorism.