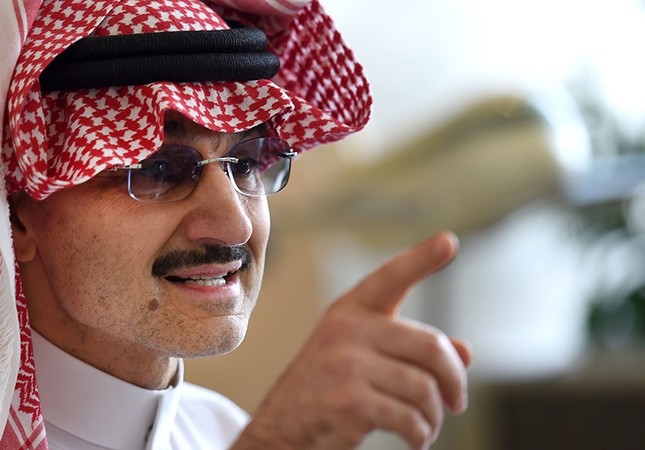 Over the years, Saudi Prince Alwaleed bin Talal had forged considerable business ties with the West, but seemingly no one spoke up in his support or against his arrest several weeks ago during Saudi Arabia's so-called anti-corruption purge.

Talal, on the Arab world's richest list with an estimated net worth of $18.7 billion, is the second biggest shareholder of Twitter Inc. He has investments in Apple, Rupert Murdoch's News Corp., Citigroup, and the Four Seasons, Fairmont and Movenpick hotel chains. He is also an investor in ride-sharing services Lyft and Careem, both competitors to Uber in the U.S. and the Middle East, respectively.

The 62-year-old tycoon made many partners and invested billions of dollars in Western businesses, yet very few openly expressed their support, according to Bloomberg.

Their silence on the issue could be explained by the fact that Talal's partners are wary of being perceived as critics of the purge and Saudi Arabia's Crown Prince Mohammed bin Salman, who leads it.

Bill Gates broke the silence Monday, when he called Talal an "important partner" in charitable work.

"Prince Alwaleed has been an important partner in my foundation's work to ensure that kids around the world receive life-saving vaccinations. We've worked together to help stop the spread of polio, measles, and other preventable diseases," Gates told Bloomberg in an emailed statement.

The Microsoft Inc. founder added that Talal's commitment to philanthropy was inspiring.

Talal was reportedly among detained Saudi rich men tortured by private American security contractors. According to a report, Talal was hung upside down to "send a message" after being lured to a meeting with the crown prince.

Saudi Arabia said more than 200 people, including high profile officials and princes, were detained over embezzlement and corruption during the purge.

Share on Facebook Share on Twitter
Previous in MidEast Israeli police say an explosion in the port city of Jaffa killed three... Next in MidEast Talks aimed at ending the war in Syria restarted Tuesday with the...
DAILY SABAH RECOMMENDS