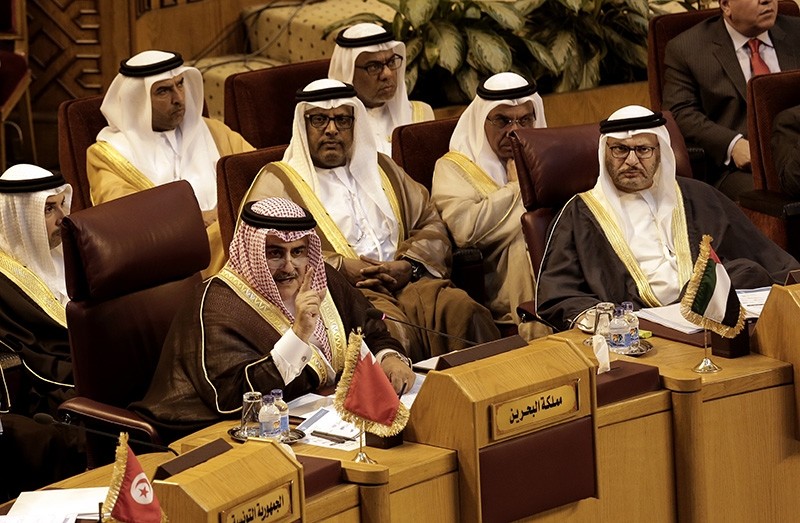 The Arab League will have an extraordinary meeting to discuss the U.S. plan to move its embassy in Israel from Tel Aviv to Jerusalem.

The league's assistant secretary-general, Hossam Zaki, told reporters in Cairo early Monday that the representatives of the Arab League will convene urgently over Jerusalem on Tuesday after a request from Palestine.

The move came amid recent media reports that U.S. President Donald Trump was preparing to recognize Jerusalem as the capital of Israel.

Earlier on Sunday, Palestinian Foreign Minister Riad al-Maliki called on the Arab League and Organization of Islamic Cooperation (OIC) to convene to discuss the situation in Jerusalem.

The top Palestinian diplomat called for the emergency meetings during phone calls with Arab League chief Ahmed Aboul-Gheit and OIC Secretary-General Yousef al-Othaimeen, according to a statement by the Palestinian Foreign Ministry.

"Today we say very clearly that taking such action is not justified ... It will not serve peace or stability, but will fuel extremism and resort to violence," Aboul Gheit said in a statement published on the Arab league's website.

"It only benefits one side; the Israeli government that is hostile to peace," he added. Palestinian resistance group Hamas and President Mahmoud Abbas' adviser Mahmoud Habash warned U.S. President Donald Trump against relocating its embassy to Jerusalem, noting that would amount to a "complete destruction of the peace process."

Speaking in Abbas' presence, Habash said "the world will pay the price" for any change in Jerusalem's status. This "would represent a U.S. assault on the city and give legitimacy to [Israel] over the city," Hamas said in a statement on Saturday.

U.S. media on Wednesday said President Donald Trump was planning to recognize Jerusalem as Israel's capital. Hamas said such a U.S. move "would give a cover to Israel to pursue the judaization of Jerusalem and expulsion of the Palestinians from the city", going on to call on Arab and Islamic nations to work to halt the expected U.S. decision. Israel regards Jerusalem as its capital, a position nearly the entire world rejects saying its status should be determined in peace talks with the Palestinians. The Palestinians claim the eastern part of the city as their future capital. During his election, Trump promised to relocate the U.S. embassy from Tel Aviv to Jerusalem. Jerusalem remains at the core of the perennial Israel-Palestine conflict, as Palestinians want Israeli-occupied East Jerusalem as the capital of a future state. The international community does not recognize Israel's claim on all of the city, home to sites holy to the Jewish, Muslim and Christian religions.