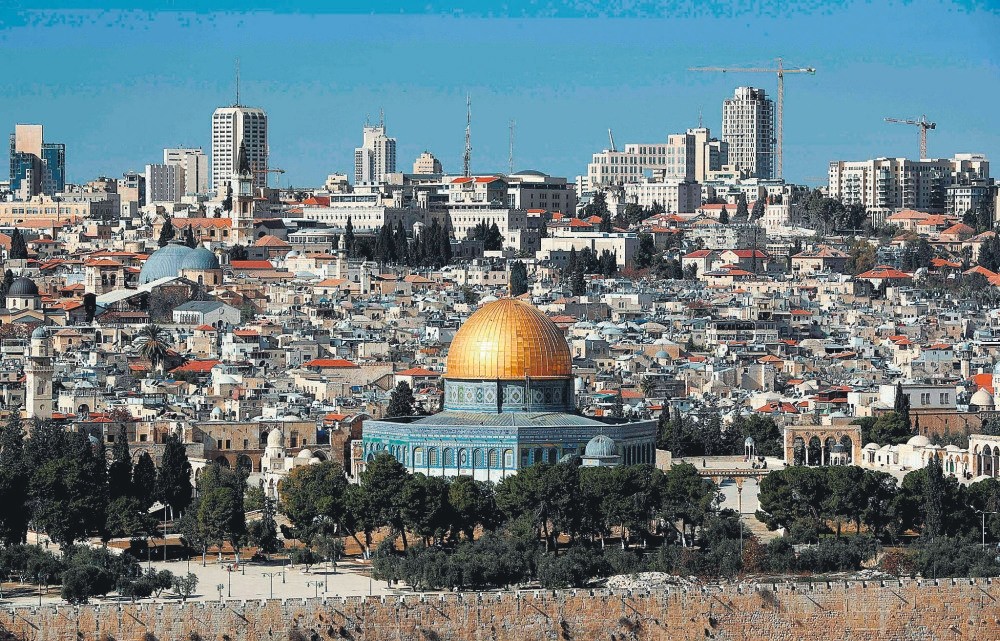 The international community says Jerusalem's status must be negotiated between Israelis and Palestinians.
by Compiled from Wire Services Dec 05, 2017 12:00 am

U.S. President Trump's move over whether to recognize Jerusalem as Israel's capital ignited tension in the Arab world as the Arab League urgently convened after a call for support from Palestinians

U.S. President Donald Trump faces a key decision this week on whether to recognize Jerusalem as Israel's capital, prompting a flood of warnings from the Arab world that it could ignite tensions and sink hopes for peace.

"The president's going to make his decision," his Middle East peace envoy and son-in-law Jared Kushner said, without denying reports Trump could declare Jerusalem Israel's capital on Wednesday. The Arab League holds an extraordinary meeting today to discuss the U.S. plan to move its embassy in Israel from Tel Aviv to Jerusalem.

The league's assistant secretary-general, Hossam Zaki, told reporters in Cairo yesterday morning that the representatives of the Arab League convened urgently over Jerusalem after a request from Palestine.

Earlier on Sunday, Palestinian Foreign Minister Riad al-Maliki called on the Arab League and Organization of Islamic Cooperation (OIC) to convene to discuss the situation in Jerusalem.

The top Palestinian diplomat called for the emergency meetings during phone calls with Arab League Chief Ahmed Aboul-Gheit and OIC Secretary-General Yousef al-Othaimeen, according to a statement by the Palestinian Foreign Ministry.

On Sunday, Palestinian President Mahmud Abbas said that such a move would jeopardize the future of the political process in the region.

Jordan warned of "grave consequences" if President Trump decides to recognize Jerusalem as the capital of Israel, state media said. Foreign Minister Ayman Safadi told his U.S. counterpart Rex Tillerson by phone Sunday that it was "necessary to preserve the historical and legal status of Jerusalem and refrain from any decision that aims to change that status," official Petra news agency said, as reported by Agence France-Presse (AFP). Jordan's top diplomat said such a move would damage American efforts to revive peace talks between Israel and the Palestinians, warning it could "push the region toward more tension."

The status of Jerusalem is one of the most contentious issues of the long-running Israeli-Palestinian conflict, and the suggestion Trump could reverse years of U.S. policy has prompted a furious bout of lobbying from the Palestinian leadership.

While Israel claimed the city as its "eternal capital" after occupying East Jerusalem during the 1967 Arab-Israel war, the international community does not recognize the claim, and foreign embassies are currently located in Tel Aviv. The final status of Jerusalem is supposed to be determined via direct negotiations between the Israelis and the Palestinians.

Israel occupied east Jerusalem and the West Bank in 1967. It later annexed east Jerusalem in a move never recognized by the international community. The Palestinians see the eastern sector as the capital of their future state. The traditional U.S. position is that the status of Jerusalem must be negotiated between the two sides.