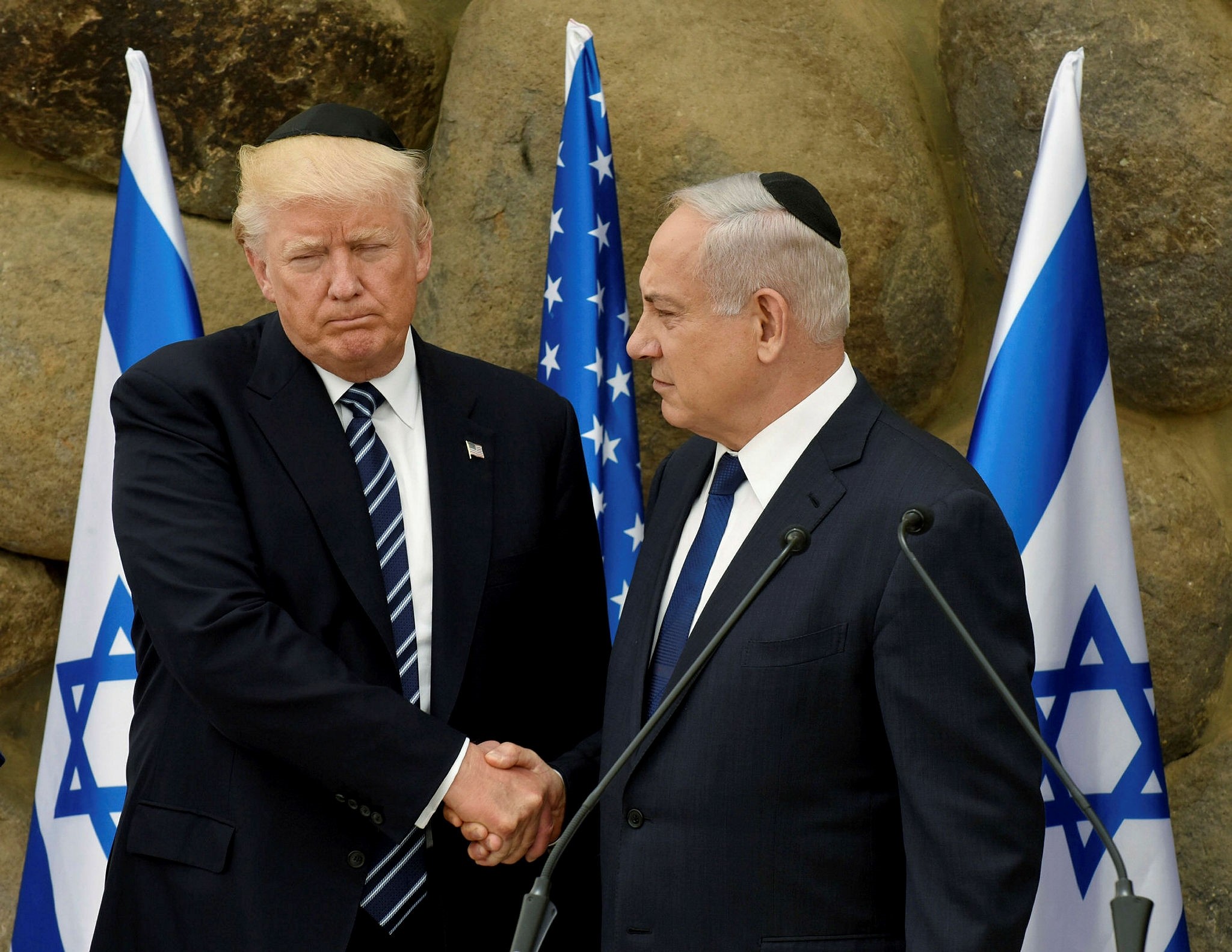 US President Donald Trump (L) and Israeli PM Benjamin Netanyahu shake hands, during a visit to the Yad Vashem Holocaust Memorial museum, commemorating the six million Jews killed by the Nazis during WW II, Jerusalem, 23 May 2017 (EPA Photo)
by Daily Sabah with AA Dec 06, 2017 12:00 am

The decision will place the U.S. at odds with the rest of the world, excluding Israel, reverse decades of American policy and stymy any effort to resume long-stalled peace talks between Israel and Palestine.

Trump will direct the State Department to begin preparations for the move during an expected public address Wednesday. But the physical relocation of the embassy will take a number of years, said an official who spoke on the condition of anonymity.

"It will take some time to find a site, address security concerns, design a new facility, fund a new facility and build it. This is not an instantaneous process," he said.

In line with U.S. law, Trump will sign a six-month waiver off-setting the embassy's relocation on national security grounds, the official said.

Another official who likewise spoke to reporters on condition of anonymity called the pending actions an affirmation of "a historic and current reality."

The move will not affect the boundaries of sovereignty between Israel and Palestine which will have to be determined in final status negotiations, according to the official.

Asked if Trump's looming decisions affects the U.S. view on the status of East Jerusalem as occupied Palestinian territory, a third official said it "does not change anything with respect to those juridical issues."

Palestinians are seeking East Jerusalem as the capital of their future state. It was occupied by Israel in 1967.

Israel has maintained the whole of Jerusalem as the capital of its "undivided" state, and it has ramped up settlement expansion in the area following Trump's inauguration in January.

Asked if Trump has weighed potential violence that may result from Washington's changed stance, White House spokeswoman Sarah Huckabee Sanders said, "A number of things have been looked at that have been weighed into the president's decision."

Citing expected demonstrations Wednesday, the U.S. Consulate General in Jerusalem warned Americans to avoid "areas where crowds have gathered and where there is an increased police and/or military presence."

It also prohibited U.S. government employees and their families from traveling to Jerusalem's Old City or the West Bank. Only essential travel there on official business is permitted, and it must include additional security measures, it said.

Trump's expected announcement has prompted a wave of negative reactions from governments and political groups throughout the Middle East.

"The president reaffirmed his commitment to advancing Israeli-Palestinian peace talks and the importance of supporting those talks," the White House said in a collective readout of the calls.

Reacting to reports of Trump's plan, President Recep Tayyip Erdoğan said Tuesday that ignoring the "inviolability" of Jerusalem would lead to "serious consequences."

"Jerusalem is a red line for all Muslims," Erdoğan said at a meeting of lawmakers from his ruling Justice and Development Party (AK Party).