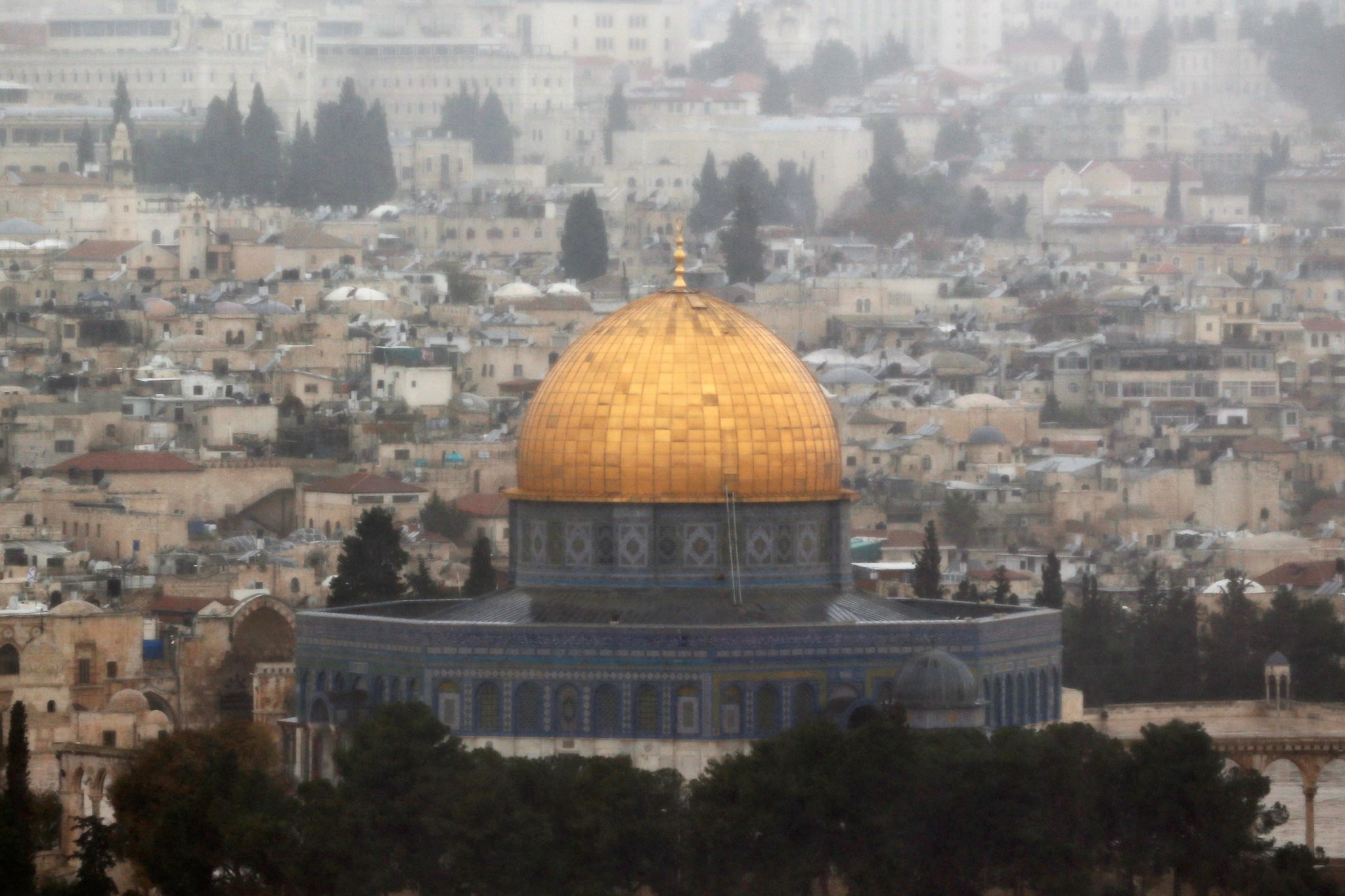 A general view of Jerusalem shows the Dome of the Rock, located in Jerusalem's Old City on the compound known to Muslims as Noble Sanctuary and to Jews as Temple Mount, December 6, 2017. (Reuters Photo)
by Dec 06, 2017 12:00 am

The U.S. intention to move its embassy to Jerusalem is a sign of its incompetence and failure, Iranian Supreme Leader Ayatollah Ali Khamenei said Wednesday, according to his official website.

U.S. President Donald Trump is expected to announce on Wednesday that the United States recognizes Jerusalem as the capital of Israel and will move its embassy there, breaking with longtime U.S. policy and potentially stirring unrest.

"That they claim they want to announce Quds as the capital of occupied Palestine is because of their incompetence and failure," Khamenei said, using the Arabic name for Jerusalem.

Iran has long supported a number of Palestinian militant groups in their fight against Israel.

"On the issue of Palestine (U.S.) hands are tied and they cannot advance their goals," Khamenei said.

He said Palestine would be "freed" and Palestinian people will be victorious.

He said the United States wanted to start a war in the region to protect the security of Israel.

"American government officials have said themselves that we have to start a war in the region to protect the security of the Zionist regime," Khamenei said.