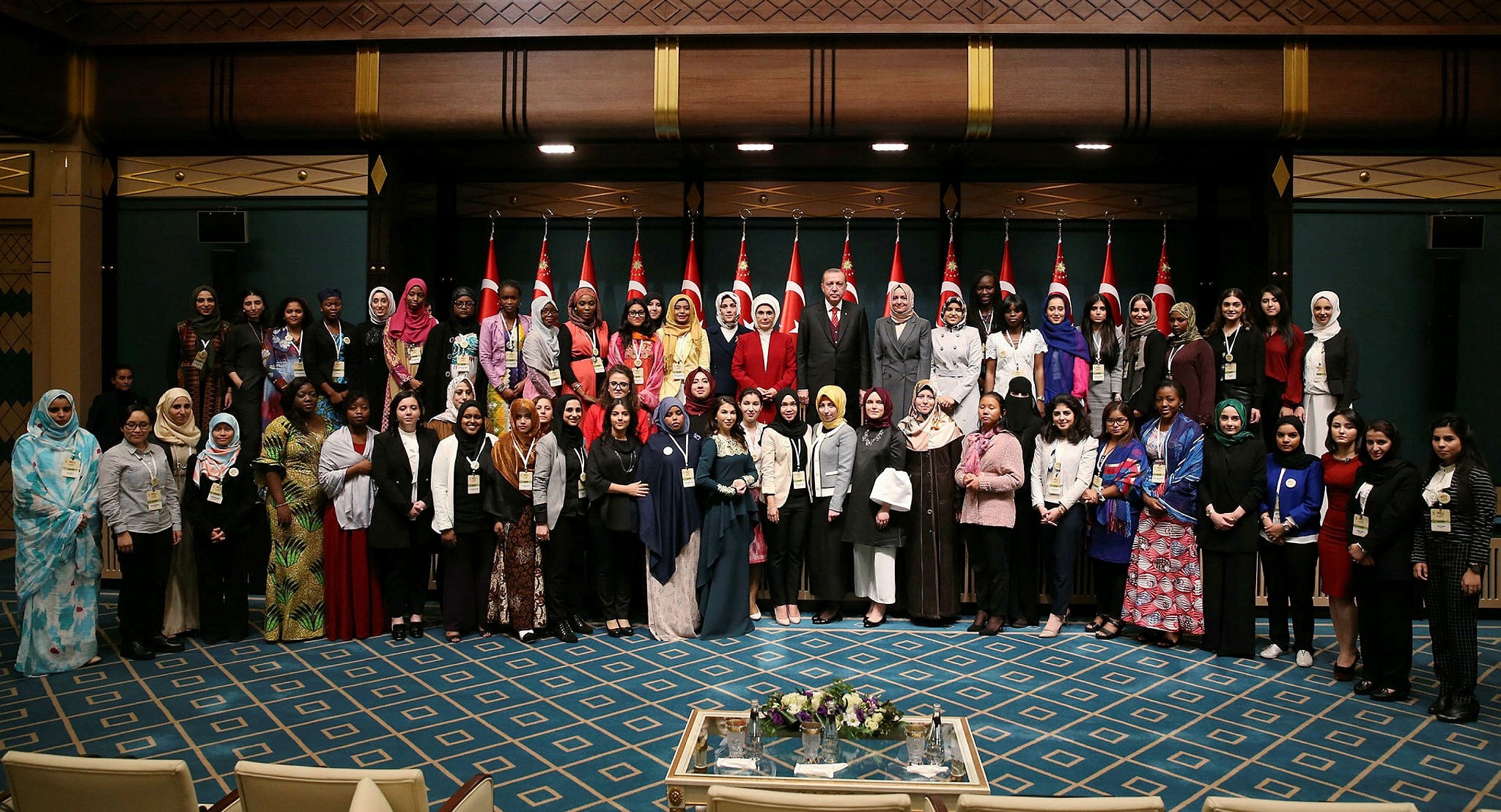 The women advisory council of the OIC during a meeting with President Recep Tayyip Erdou011fan in Beu015ftepe Presidential Complex (AA Photo)
by Anadolu Agency Dec 07, 2017 12:00 am

The U.S. move to recognize Jerusalem as the capital of Israel represents an "irresponsible and unfettered step" that "violates international law," the Women Consultative Council of the Organization of Islamic Cooperation (OIC) said Thursday.

"As the women of the Muslim world, we condemn the statement made by U.S. President Donald Trump regarding the recognition of Al-Quds [Jerusalem] as the capital of Israel," the council said in a statement.

The statement came after Trump announced -- despite widespread international opposition -- to recognize Jerusalem as Israel's capital and to move the U.S. embassy to the flashpoint city.

"The decision, which has no historical, political, humanitarian or diplomatic basis, is a disrespectful challenge not just to the Muslim world but also to all of humanity and the United Nations," it said.

The organization's women branch also expressed solidarity with the Palestinian people and added: "Al-Quds, as the city of prophets, is a symbol of unity and the experience of coexistence for all humanity."

The statement further urged the U.S. administration to "retract" from its "provocative decision" and "show due respect to the multicultural identity and historical status of Al-Quds."

"Women Consultative Council respects the international consensus concerning Jerusalem, as embodies in UNSCR 476 and 478. This includes any attempted annexation of East Jerusalem as a violation of international law.

"We would like to take this opportunity to recall the acknowledgement by the United Nations that the Palestinian Question can only be resolved on the basis of the 1967 borders and through the establishment of an independent and sovereign Palestinian State whose capital would be East Jerusalem.

"Together, we will continue to work for a Palestine, where children can go to school without experiencing fear, walking in the shadow of weapons or crossing checkpoints," the statement said.

According to Trump, the U.S. State Department has already begun preparations for the relocation of Washington's Israel embassy from Tel Aviv to Jerusalem.