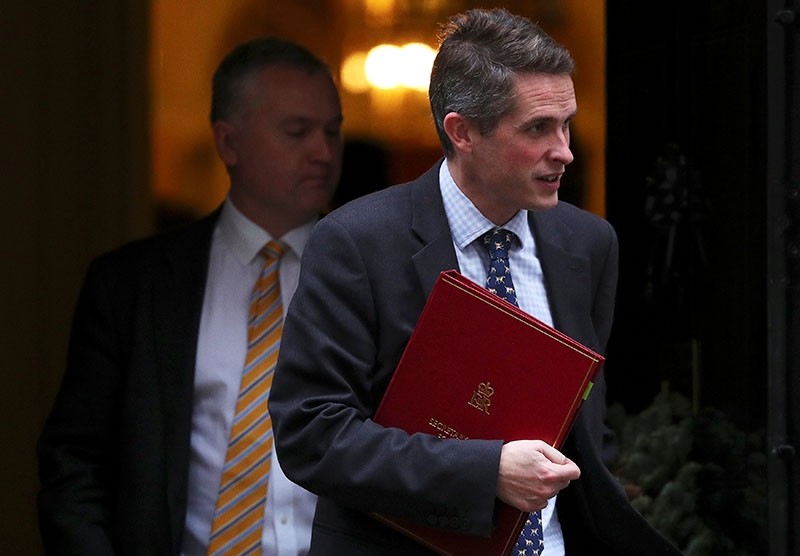 Britons who have joined the Daesh militant group in Syria and Iraq should be hunted down and killed and not allowed back into the country, Britain's new defense minister said.

Gavin Williamson said that Britons who had gone to Syria or Iraq to fight for Daesh hated what Britain stands for, and that air strikes could be used against the estimated 270 British citizens who are still out there. An estimated 800 British passport holders travelled to fight in Iraq and Syria, with 130 killed and around 400 returning leaving 270 still in the Middle East.

"Quite simply my view is a dead terrorist can't cause any harm to Britain," Williamson told the Daily Mail in an interview published late on Wednesday.

"We should do everything we can do to destroy and eliminate that threat," he said, adding that he believed any British fighters who joined Daesh should never be allowed to return to the United Kingdom.

Williamson, 41, has been defense minister for little over a month, replacing Michael Fallon after he quit in a sexual harassment scandal.

Prominent British militants such as Mohammed Emwazi, known as Jihadi John, and Sally Jones, have been reportedly killed by British or U.S. forces since travelling to fight for Daesh.

After the death of Jones, who was known as the "White Widow", Fallon said that British nationals who chose to leave the UK and fight for Daesh were a "legitimate target."

The issue came into sharp focus in 2014 when British citizen Mohammed Emwazi -- also known as "Jihadi John" -- appeared in Daesh propaganda videos showing the beheading of a number of captives.

"We have got to make sure that as (they) splinter and as they disperse across Iraq and Syria and other areas, we continue to hunt them down," he told the Mail.

His interview came hours after two men appeared in London court charged with a plot to kill British Prime Minister Theresa May.