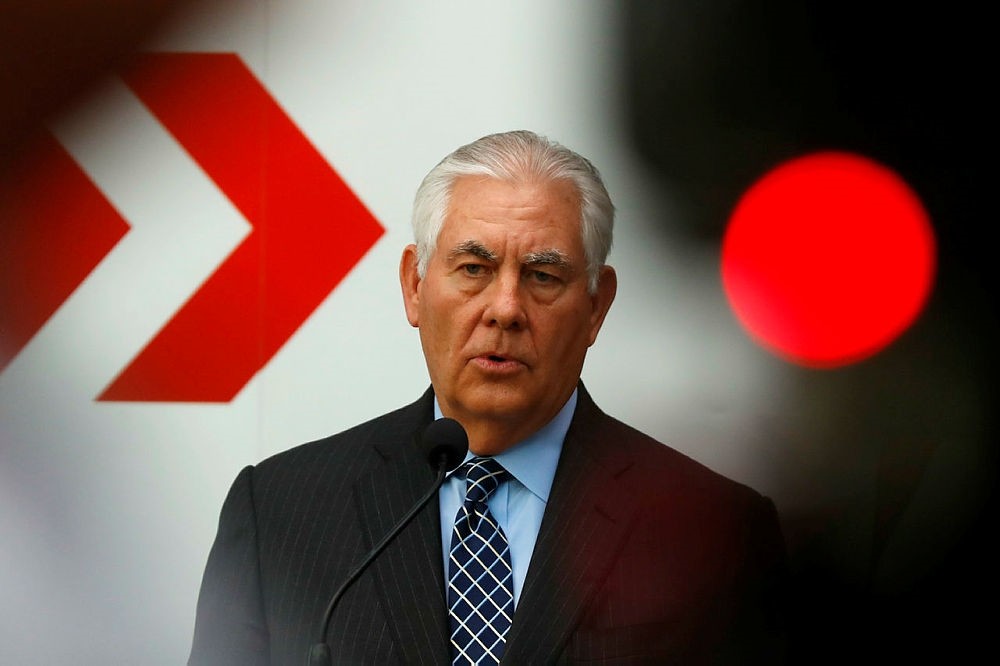 U.S. Secretary of State Rex Tillerson said Friday that the relocation of the U.S. embassy from Tel Aviv to Jerusalem probably will not take place within two years as Muslims across the world staged protests against President Donald Trump's decision to recognize the holy city as the capital of Israel.

"This is not something that is going to happen this year or probably not next year but the president does want us to move in a very concrete, very steadfast way," Tillerson said after talks in Paris with French Foreign Minister Jean-Yves Le Drian.

On Wednesday, the U.S. president announced his decision to recognize Jerusalem as Israel's capital and move Washington's Israel embassy from Tel Aviv to Jerusalem.

The dramatic shift in U.S. policy sparked demonstrations on Thursday in the occupied Palestinian territories, Turkey, Egypt, Jordan, Tunisia, Algeria, Iraq and in some other Muslim countries.