No talks with US until Jerusalem decision reversed, Palestinian chief negotiator says 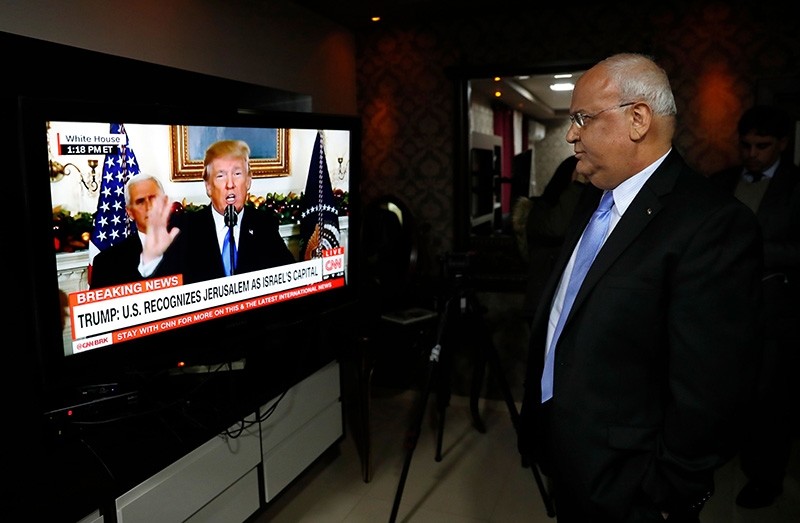 The Palestinians will not talk to the United States until President Donald Trump has reversed his decision to recognize Jerusalem as Israel's capital, Palestinian chief negotiator Saeb Erekat said Friday.

Erekat, who is also the Secretary-General of the Palestinian Liberation Organization, said anyone who held talks with the U.S. with regard to peace process was ultimately accepting Trump's move.

Erekat added that the Palestinian leadership was considering all options in response to Trump's announcement.

Following the announcement Wednesday, Erekat said the decision destroys any hopes for a two-state solution to the conflict, adding that Trump "disqualified his country from any role whatsoever" in the peace process.

Trump's dramatic break on Wednesday with decades of U.S. policy on Jerusalem counters long-standing international assurances to the Palestinians that the fate of the city will be determined in negotiations. The Palestinians seek Israeli-annexed east Jerusalem, illegally occupied by Israel since 1967, as a future capital.

The international community decisively rejected Trump's decision, most saying that it was detrimental to the peace process and could cause further instability and violence in the Palestinian lands and in the Middle East.