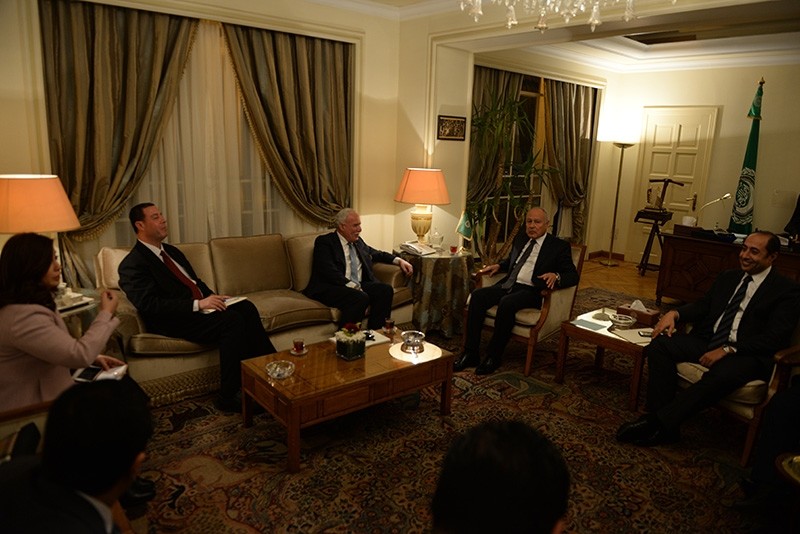 The Arab League meeting, which brings together foreign ministers from member-states, is taking place as protests continued for three consecutive days in the West Bank and Gaza Strip.

The head of the Arab League, Secretary General Ahmed Aboul-Gheit, released a written statement after the group's emergency meeting, saying that Trump's move is "against international law and raises questions over American efforts to support peace" between Palestine and Israel.

The secretary general said the "best practical reaction" to Trump's decision is to recognize the state of Palestine with its capital East Jerusalem.

The United States' recognition of Jerusalem as the "invaders' capital" will not change the status of Jerusalem, Aboul-Gheit said during the meeting attended by 18 member states.

Lebanon's Foreign Minister Gebran Bassil said at the meeting that Arab nations should consider imposing economic sanctions against the United States to prevent it moving its embassy.

"Pre-emptive measures (must be) taken against the decision ... beginning with diplomatic measures, then political, then economic and financial sanctions," Bassil said at the meeting.

In Cairo, the head of Egypt's largest Christian church announced he would not meet U.S. Vice President Mike Pence when he visits Cairo on Dec. 20. A similar decision was made Friday by the head of Al-Azhar, the world's supreme seat of learning for Sunni Muslims.

Hundreds of worshippers protested Trump's decision after Friday prayers at Al-Azhar mosque, but security forces prevented them from marching to the city center.

Trump's announcement on Jerusalem, and his intention to move the U.S. Embassy there, triggered denunciations from around the world, with even close allies suggesting he had needlessly stirred more conflict in an already volatile region.

The city's status lies at the core of the Israeli-Palestinians conflict, and Trump's move was widely perceived as siding with Israel. Even small crises over Jerusalem's status and that of the holy sites in its ancient Old City have sparked deadly bloodshed in the past.

It was not immediately clear what the foreign ministers will decide on in terms of concrete measures to counter Trump's decision, but Arab diplomats have spoken of submitting a draft resolution condemning the move to the U.N. Security Council and unspecified measures touching bilateral ties between Arab League member states and Washington.

The diplomats also speculated that an Arab summit might be called to convene following the foreign ministers' meeting, a proposition the diplomats said was already embraced by several member states.

The diplomats spoke on condition of anonymity because they were not authorized to brief the media.

Alternatively, the Arab League, a mostly toothless group ridiculed by critics as little more than a talk shop, might just come out with a strongly worded statement denouncing Trump's decision and demanding that he repeal it while voicing support for the Palestinians in their pursuit of an independent state with east Jerusalem as its capital.