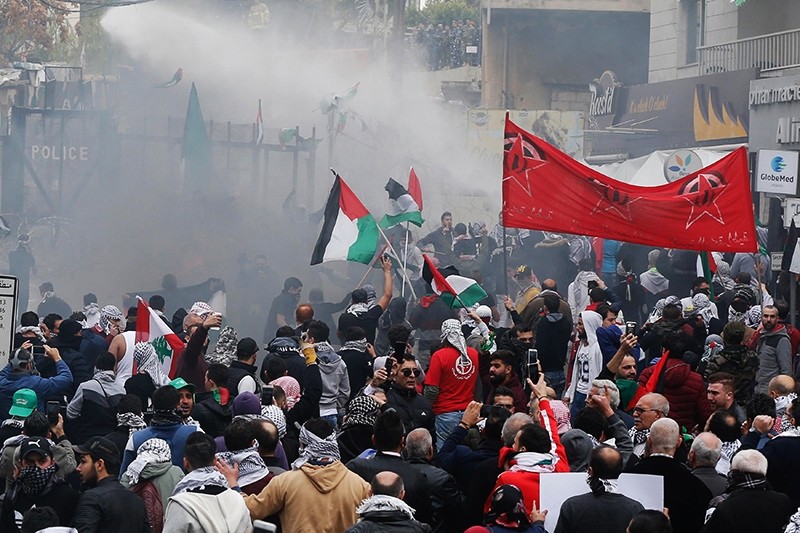 Lebanese security forces fired tear gas and water canons at protesters near the U.S. Embassy in Lebanon on Sunday during a demonstration against President Donald Trump's decision to recognize Jerusalem as the capital of Israel, TV footage showed.

Protesters, some of them waving the Palestinian flag, set fires in the street and threw projectiles toward the security forces who had barricaded the main road leading to the U.S. Embassy in the Awkar area east of Beirut.

Protesters denounced Arab leaders for their lack of action.

Widespread protests against Trump's move could be seen across the Muslim world, including Turkey, Indonesia and the Palestinian lands.

No casualties have been reported, despite the situation remaining very tense.

Lebanon is home to 450,000 Palestinian refugees, nearly 10 percent of the population.

Trump announced formal recognition of Jerusalem as Israeli capital Wednesday, drawing criticism and condemnation from world leaders, most of whom said the decision was detrimental to the Israeli-Palestinian peace process.

Jerusalem — illegally occupied by Israel since 1967 — remains the focal point in the peace process as both sides claim the city as their capital. Palestinians are seeking East Jerusalem as the capital of their future state.