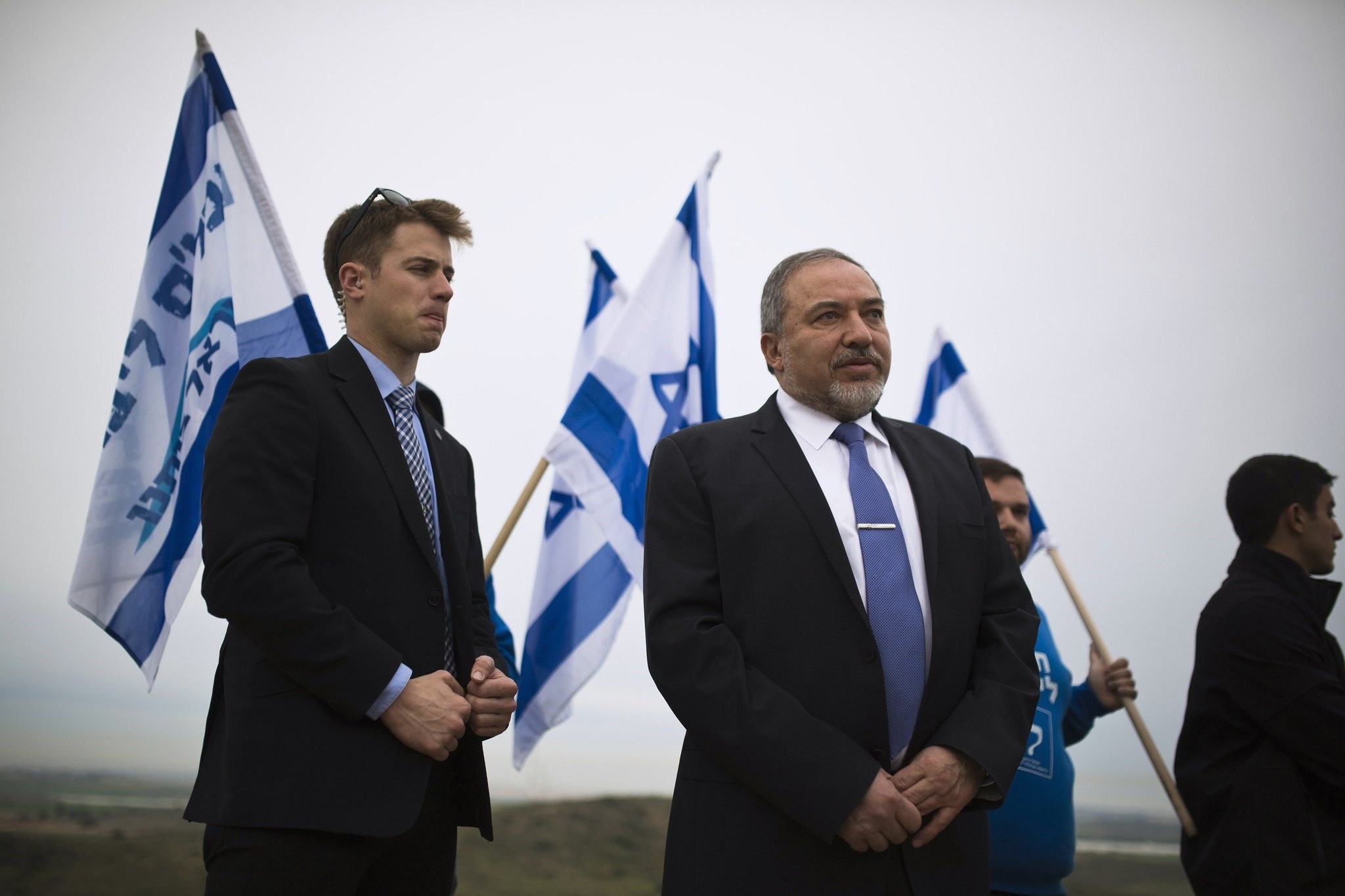 Avigdor Lieberman stands on a hill overlooking the Gaza Strip, as he campaigns in the southern town of Sderot February 23, 2015. (REUTERS Photo)
by Daily Sabah with AFP
Dec 10, 2017 12:00 am

Israel's defense minister called Sunday for an economic boycott of Arab citizens in an area where unrest erupted over U.S. President Donald Trump's Jerusalem declaration, saying they "don't belong" in the country.

Avigdor Lieberman's comments about Arabs living in Israel, who account for some 17.5 percent of the country's population, drew condemnation over racism and blunt discrimination.

"Those who demonstrate in Israel holding Hezbollah, Hamas and PLO flags are not part of the state of Israel," Lieberman said, a figure who often makes headlines over racism remarks against Palestinians and Arabs.

"They are acting to harm us and destroy us from within," he said in a statement.

"I therefore call on Israeli citizens to impose an economic boycott on Wadi Ara -- don't shop there, don't eat in the restaurants and don't buy services from them. They need to feel that they are not wanted."

Speaking on army radio, Lieberman reiterated his stance on land-swaps in a peace deal that would see Arab areas of Israel handed over to the Palestinians.

"These people don't belong to Israel," the minister said of Wadi Ara residents.

"As part of a final agreement, they must be part of Ramallah," while Israel would annex settlement blocs in the occupied West Bank.

Israelis must simply "give them the feeling they're not wanted here," he said, noting instances in which Arabs from the area carried out attacks against Israelis or supported militant activities.

"Calling to boycott citizens only because of their national and religious identity reminds the darkest regimes in human history," he said in a statement.

"The notion that such a person is in charge of the state's security should concern any sane citizen."

Clashes and protests erupted in the Palestinian territories after Trump's declaration Wednesday, but there has been little unrest within Israel.

Arabs living in the occupied territories are descendants of Palestinians who remained on their land following the creation of Israel in 1948.