Gaza restaurant offers discounts to North Koreans, yet none lives there 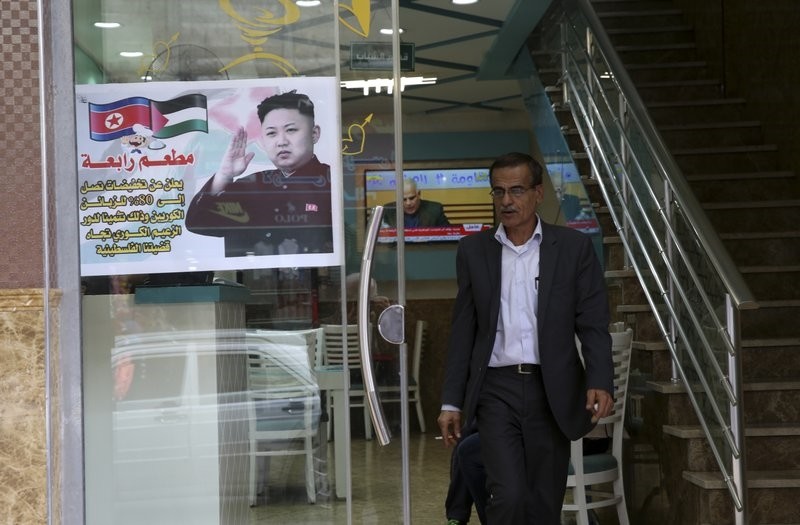 A Gaza eatery is offering massive discounts to North Korean diners but there is just one problem — there are no North Koreans in Gaza.

Ibrahim Raba, manager of a shawarma restaurant in Gaza's Jabaliya refugee camp, says he is offering the 80 percent discounts to show his appreciation for North Korea's rejection of U.S. President Donald Trump's recent recognition of Jerusalem as Israel's capital.

He has also placed a large photo of reclusive North Korean leader Kim Jong Un on the glass door entrance to his restaurant.

And though Raba knows there are no North Koreans in Gaza, he hopes they will come someday, perhaps after joining other foreign aid workers.

Diplomatic relations between North Korea and Israel are very hostile. "Our consistent message is to mercilessly punish those who offend the dignity of our leadership. We warn Israel to think twice about the implications of its defamation campaign against us," a statement read upon Israeli Defense Minister Avigdor Liberman's remarks about Supreme Leader Kim Jong Un, calling him a "madman." North Korea does not recognize Israel as a state, and calls it "the imperialist puppet" of the United States, which "steals the lands of Palestinian people."

Trump's announcement last week that the U.S. would recognize Jerusalem and move its embassy from Tel Aviv sparked demonstrations across the Muslim world.

Jerusalem remains at the heart of the Israel-Palestine conflict, with Palestinians hoping that East Jerusalem -- now occupied by Israel -- might serve as the capital of a Palestinian state.

At a summit in Istanbul this week, the Organization of Islamic Cooperation (OIC) issued a declaration recognizing East Jerusalem as Palestine's capital, and urging the rest of the world to do the same.