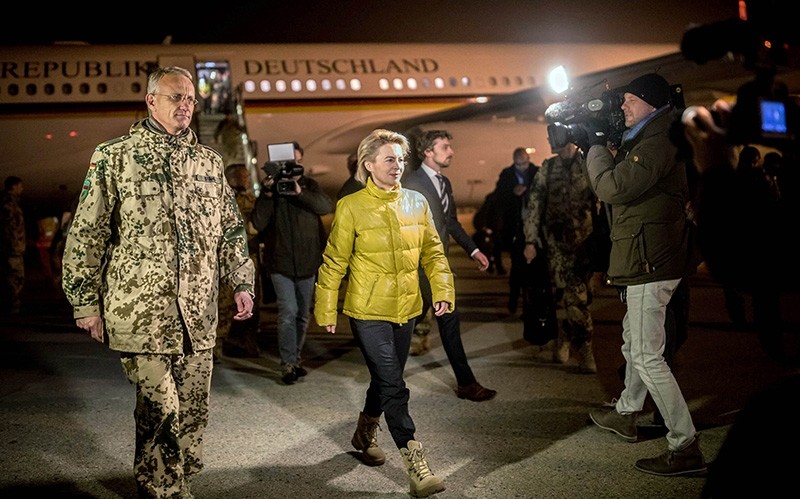 German Defense Minister Ursula von der Leyen on Monday said the withdrawal of international troops from Afghanistan in recent years had been too rapid and she called for a longer-term commitment in the Hindu Kush mountain range.

Visiting troops in the northern city of Mazar-i-Sharif, von der Leyen criticized the rapid reduction in forces since the NATO-led International Security Assistance Force (ISAF) ended its mission in Afghanistan in 2014 but said the international community had now learned it needed to be more patient.

"I haven't forgotten how it was at the beginning when we got out of ISAF too quickly with too big a reduction in troop numbers," she said, adding that everyone knew the security situation in Afghanistan remained tense.

She said Afghans continued to need support, advice and training from foreign soldiers, adding: "There's still a lot to do but I'm convinced that we're going in the right direction with our mission there."

"We'll need to have a lot of stamina - Afghanistan will occupy us for a long time yet," von der Leyen said.

U.S. President Donald Trump announced a new open-ended policy toward Afghanistan in August, authorizing an increase in U.S. troop numbers to advise and train Afghan security forces and conduct counter-terrorism operations, with the aim of reversing territorial gains by Taliban insurgents and compelling them to agree to peace talks.

U.S. officials are pressing Germany to send more troops to Afghanistan as part of the increased international presence but say they do not expect any decisions until after the formation of a new German government.

The German parliament voted last week to extend by three months Germany's military support for the Afghanistan mission to allow a new government to consider a longer-term extension.