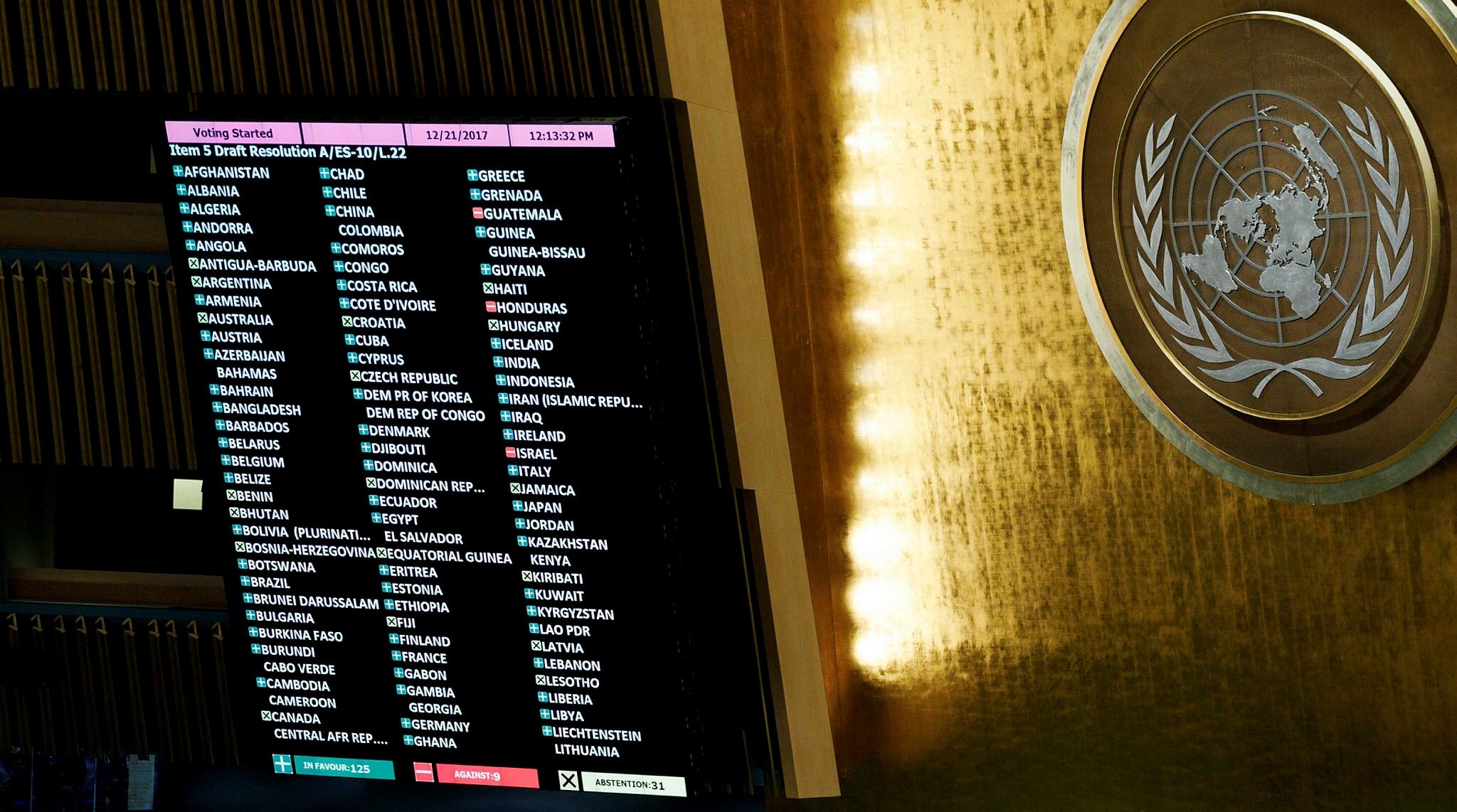 In a surprising turn of events, Bosnia and Herzegovina abstained from voting in a United Nations resolution which rejected United States President Donald Trump's controversial move to recognize Jerusalem as Israel's capital.

The Muslim-majority Balkan country, which has historical ties with the region as both Bosnia and Palestine were both constituent parts of the Ottoman Empire, took a surprise decision and failed to reject Trump's move during the voting late Tuesday.

"In the light of the delicacy of the years-long problem between Israel and Palestine, and in the light of President Donald Trump's decision to move the U.S. diplomatic mission to Jerusalem, I urge you… to do all that is necessary that the head of the Bosnia and Herzegovina mission to the U.N. does not support the resolution," Dodik was quoted as saying on the Balkan Insight website.

"Republika Srpska and Israel have friendly relations and any diplomatic action by Bosnia that could endanger this friendship should be prevented," the website added.

The U.S.' veto on Tuesday, the sole dissenter of the 15-member UNSC, has left the U.S. alone in the international arena. In addition, the shift in longstanding U.S. policy on Jerusalem has sparked angry demonstrations in the occupied Palestinian territories and many Muslim countries.