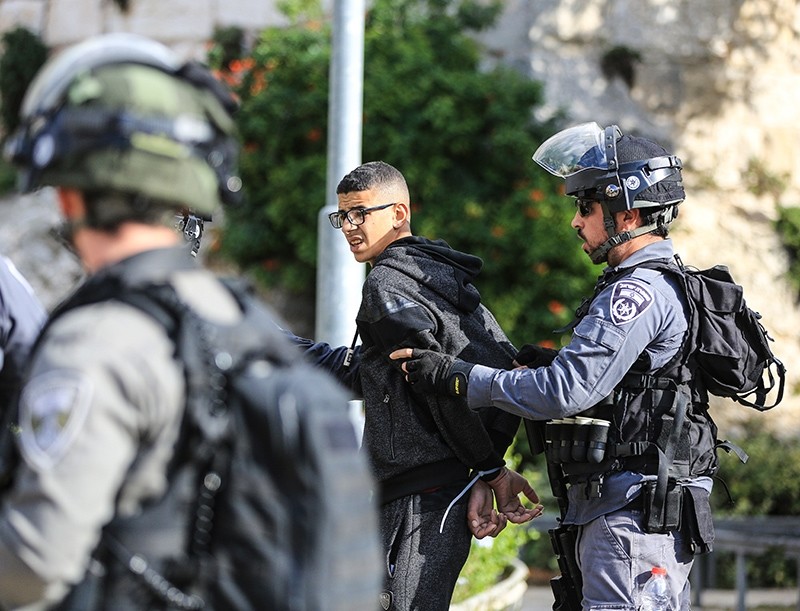 More than 500 Palestinians have been detained within the last two weeks by Israeli forces in the occupied West Bank and East Jerusalem, according to a Palestinian NGO.

"Over 500 Palestinians have been rounded up since demonstrations against the 'Trump Declaration' erupted two weeks ago," the Palestinian Prisoners Society said in a statement.

On Dec. 6, U.S. President Donald Trump announced his decision to recognize Jerusalem as Israel's capital, prompting international condemnation and a wave of protest across the Palestinian territories.

"Arrests have been carried out in the West Bank cities of Ramallah, Bethlehem, Hebron (al-Khalil), Nablus, Jenin, Tulkarm, Qalqiliya and East Jerusalem," the NGO said.

Of those arrested, it added, 153 were Palestinian minors and 11 were women.

According to official Palestinian figures, more than 6,400 Palestinians — including a number of women and children — are currently languishing in Israeli prisons.