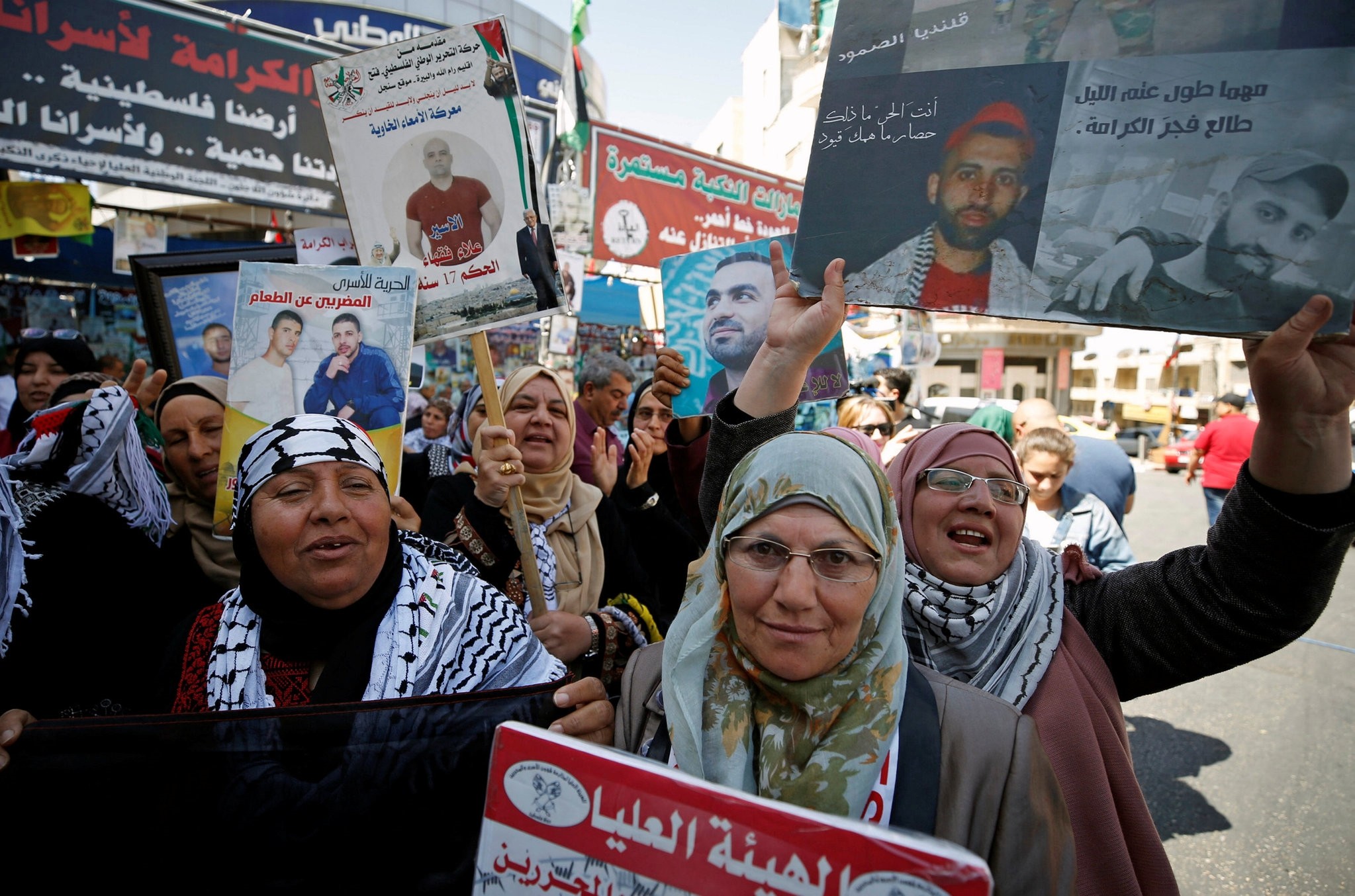 Palestinians celebrate after Palestinian prisoners ended a hunger strike over their conditions in Israeli jails, in the West Bank city of Ramallah May 27, 2017. (REUTERS Photo)
by Anadolu Agency Dec 21, 2017 12:00 am

"The Palestinians, who are under administrative detention in occupant Israel's prisons, announced that they would not attend Israeli courts starting by 2018, in the framework of Palestinian factions' agreements," said Palestinian Prisoners' Society of the Palestinian Liberation Organization (PLO) in a written statement.

The practice in question keeps nearly 500 Palestinians in prisons, the statement added and said that the detainees would apply the decision in ten days and even their lawyers would not go to the courts.

The statement also said that this is a step taken 'against a cruel and illegal practice like a sword put on their neck'.

It also noted that Israeli courts are only figures and they take decisions by directives of Israel's domestic intelligence service Shabak.

Under the policy of administrative detention, prisoners can be held without trial for periods ranging from six months to one year.

Over 6,500 Palestinians, including 300 children, are currently languishing in prisons throughout the self-proclaimed Jewish state, according to official Palestinian figures.