Ukraine PM's aide detained on suspicion of being Russian spy 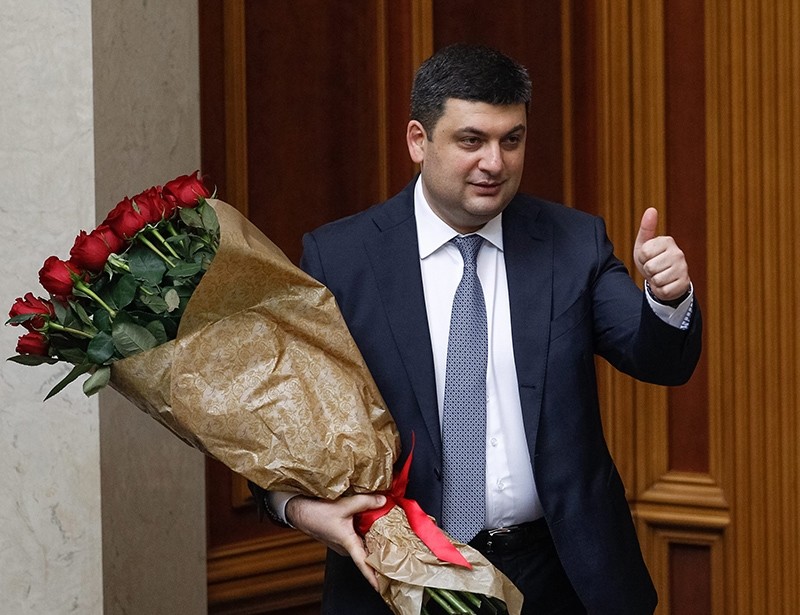 Ukraine's SBU security service said it has detained an aide to the country's Prime Minister Volodymyr Groysman on suspicion of being a Russian spy, with officials identifying him as a top government interpreter.

The SBU said in a statement late Wednesday the suspect "gathered information about government activities with special equipment" and passed it to his handlers.

He is accused of high treason.

Groysman said on his Facebook page that the man was "an official in the government's secretariat who was working in the interests of the enemy state for a long time."

The SBU did not release the man's name or official capacity, but other officials identified him as Stanislav Yezhov.

Aide to the Ukraine interior minister, Anton Gerashchenko, said Yezhov was recruited when he was working at Ukraine's embassy in Washington and acted in Russia's interests for at least two years.

Yezhov's wife is a Russian citizen and he could have been blackmailed or pushed to work for Russia, he added, urging him to cooperate with the investigation.

Another official, an advisor to the interior minister, Stanislav Rechinsky, called him "one of the best simultaneous interpreters in Ukraine."

Prior to his work in the cabinet of ministers, Yezhov worked in the presidential administration, translating during press-conferences with former president Viktor Yanukovych during visits by foreign leaders.

Photos on what appears to be his social networking profile on Russian website VK show him on trips with Groysman, including sat behind the prime minister during talks with former U.S. vice president Joe Biden.

The SBU said he was detained at his workplace.

Yezhov is one of the more high-profile Ukrainian officials accused for working for Russia following the pro-European revolt in Ukraine which toppled the former pro-Moscow leader Yanukovych in February 2014.

The two countries became arch-foes following the subsequent annexation by Moscow of Ukraine's Crimean peninsula and the ongoing conflict in eastern Ukraine where pro-Russian separatists have declared independence.