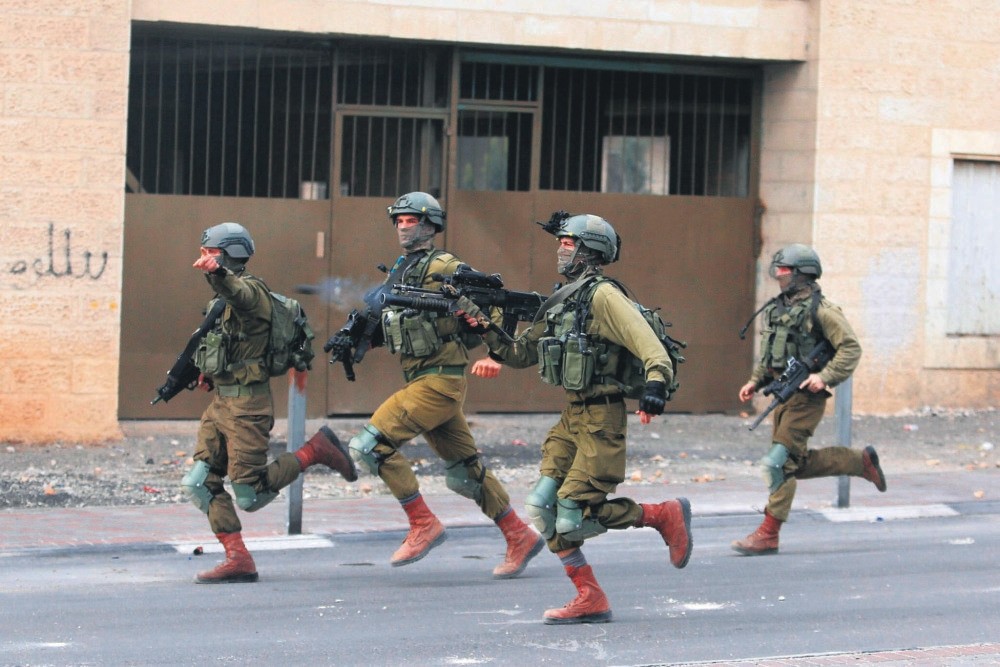 An Israeli soldier shoots tear gas towards Palestinians during a protest in the West Bank city of Bethlehem, Dec. 20.
by Compiled from Wire Services Dec 23, 2017 12:00 am

Two Palestinian men were shot and killed by Israeli security forces in the eastern Gaza Strip, medics in the enclave said. Several others have been injured in clashes, which are also taking place in Bethlehem and other areas of the West Bank, as reported by DPA.

This is the third straight Friday of clashes, following the U.S. decision to recognize Jerusalem as Israel's capital. Seven Palestinians have been killed in clashes between protestors and Israeli security forces since Dec. 6.

A weeks-long attack on Gaza by Israel had killed more than 2,100 Palestinians in 2014. Since then, the situation in the city has deteriorated as Israel holds the gates closed. In a similar fashion, Egypt also closed the Rafah border gate under the pretext of security concerns. Raw materials and several other basic needs cannot easily enter the city due to an array of restrictions. In the latest crisis, the city suffered from a lack of electricity. Due to the lack of energy supply, people predominantly rely on gasoline-fueled generators and solar panels to keep their refrigerators cold and to have access to hot water. Considering that oil prices are high due to the blockade, Gazans are in a dire situation. Therefore, hundreds of people engaged in a protest against Israel and the Palestinian Authority as international rights groups warn that there might be a total collapse of basic services. With only three hours of electricity available per day, the U.N. has warned that half of Gaza's population is in need of humanitarian aid.