Saudi Crown Prince Salman threatens Abbas with ouster if he does not cooperate: report 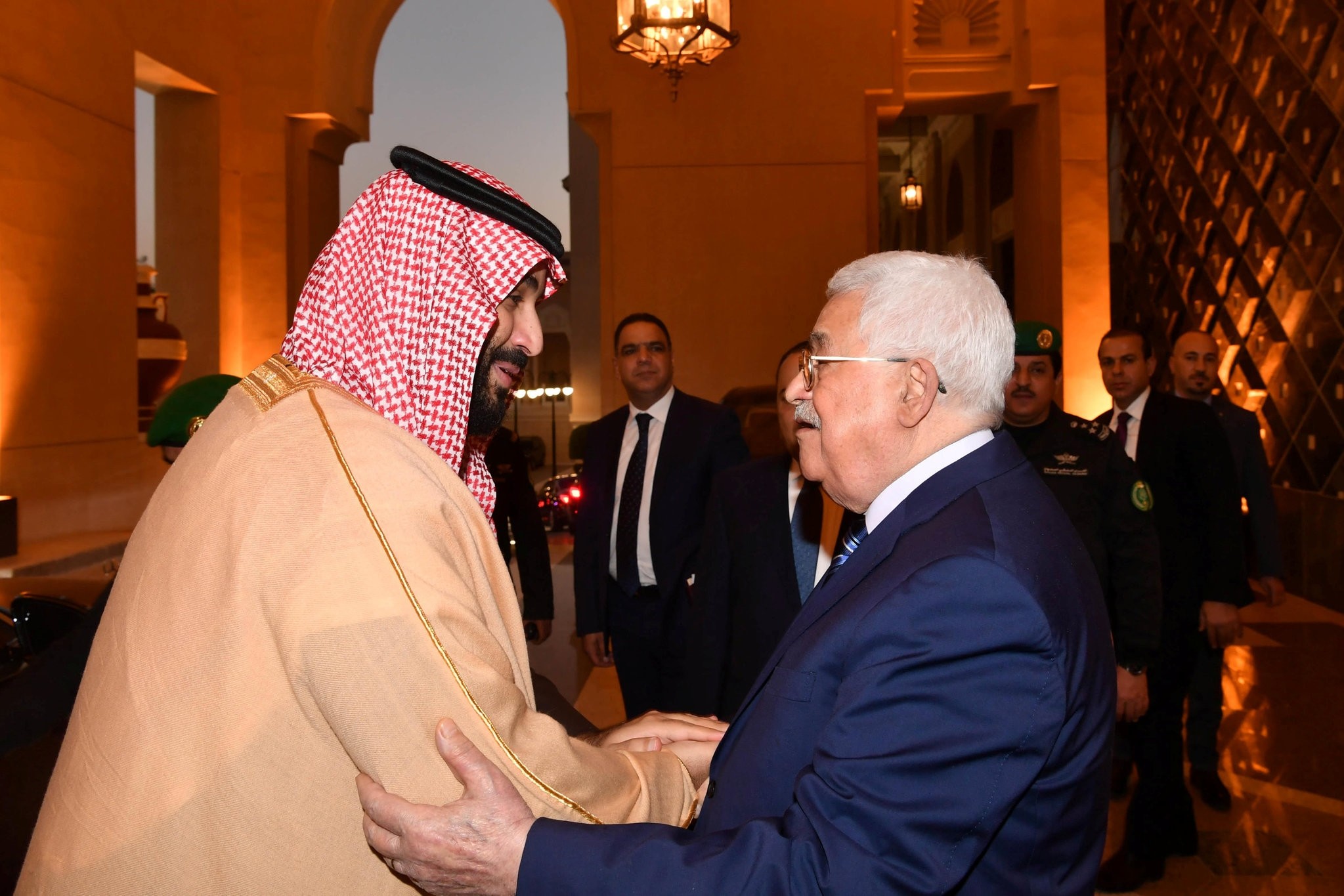 Saudi Arabia's Crown Prince Mohamed Bin Salman threatened Palestinian President Mahmoud Abbas that he will be ousted if he does not cooperate with the kingdom and urged him to back the U.S. peace plan, the Middle East Eye (MEE) reported Saturday, citing Palestinian officials.

According to the report, the Crown Prince requested Abbas to work with the U.S.-sponsored peace plan for Israeli-Palestinian and said the U.S. was "the only game in town" with regards to the peace process during the Palestinian president's official visit to Riyadh on Wednesday.

"The U.S. is the only one with real influence over Israel. It is the only country that can put pressure on Israel in any peace process and no one else can do that, neither EU, nor Russia or China," Salman told Abbas, Palestinian officials with knowledge of the meeting told the MEE.

According to one of the officials, Salman warned Abbas that if he does not pressure Palestinians living in Lebanon to support the pro-Saudi camp, his job will be given to exiled Palestinian politician Mohammed Dahlan.

"The president kept the door open, telling the crown prince, 'if the U.S. is willing to declare that a peace process is based on the two-state solution on the '67 boundaries – including East Jerusalem as the capital of the state of Palestine – we are ready to engage immediately; but if they want to drag us to the Israeli version of peace, we cannot,'" the official said.

Abbas held another meeting in the Saudi capital with King Salman, which was also attended by a number of senior princes and Palestinian officials. The meeting, however, did not include the king's son.

Abbas' visit to Riyadh comes one week after heads of state from Muslim countries met in Turkey to reject and denounce Trump's decision to recognize Jerusalem as the Israeli capital under the leadership of Turkish President Recep Tayyip Erdoğan.

Saudi Arabia and some of its allies, including the United Arab Emirates (UAE) were notably absent from that summit amid reports that the kingdom is privately pressuring Abbas to relinquish Palestinian claims over east Jerusalem in exchange for continued U.S. opposition against Saudi rival, Iran.

The Palestinians and Turks, meanwhile, took the matter into the United Nations General Assembly and pressed for a vote to denounce Trump's decision. The resolution was overwhelmingly supported by the U.N. members despite the U.S.'s warning that it will be cutting foreign aid to the states voting "yes."