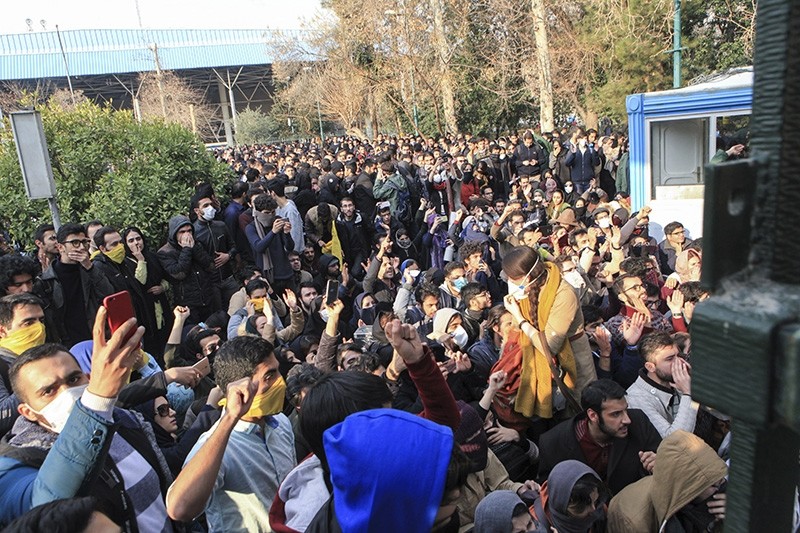 university students attend a protest inside Tehran University while anti-riot Iranian police prevent them to join other protestors, in Tehran, Iran (AP Photo)
by Compiled from Wire Services Jan 01, 2018 12:00 am

The state TV is reporting that 10 people have been killed amid nationwide protests, without elaborating.

The state TV report Monday made the reference in a package on the ongoing demonstrations that began Thursday.

Authorities have previously confirmed four deaths. It was unclear where the others occurred.

A Monday report by the semi-official ILNA news agency quoted Hedayatollah Khademi, a representative for the town of Izeh, as saying the deaths happened there Sunday night.

He said the cause of death wasn't immediately known. Many in Izeh, some 455 kilometers (280 miles) southwest of Tehran, have hunting rifles in their homes.

Two demonstrators were killed during a protest in western Iran late Saturday.

The protests began Thursday in Mashhad over economic issues and have since expanded to several cities. Hundreds of people have been arrested.

That brought to at least four the number of fatalities in the most serious unrest in the country since 2009.
Last Update: Jan 01, 2018 1:06 pm
RELATED TOPICS