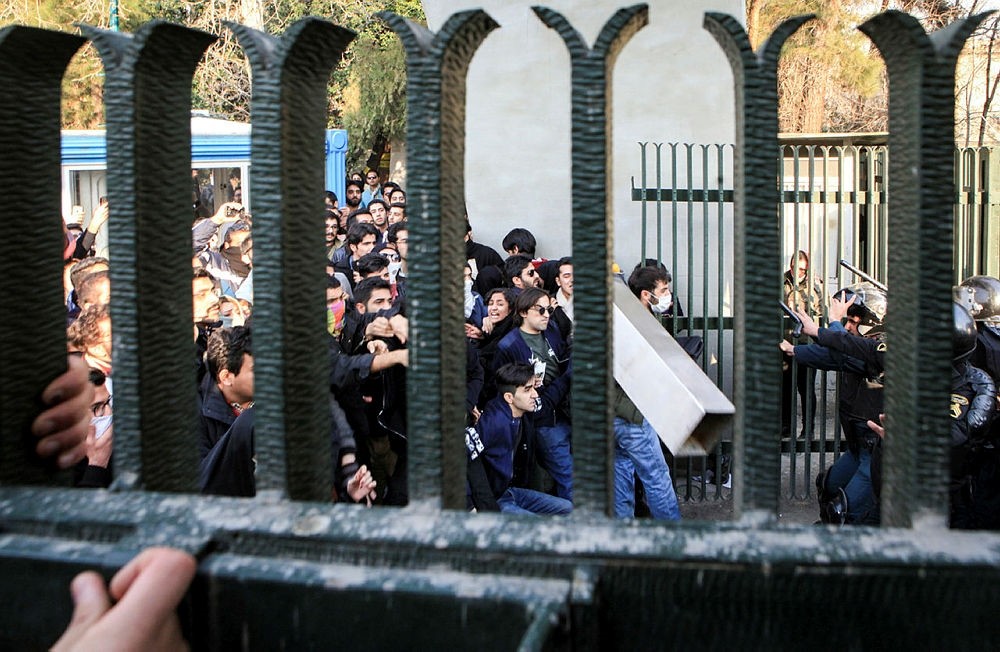 Iranian students clash with riot police during an anti-government protest around the University of Tehran, Iran, 30 December 2017. (EPA Photo)
by Jan 01, 2018 12:00 am

The Gulf state of Bahrain on Monday called on its citizens not to travel to Iran "under any circumstances" because of street protests there.

In a statement on Twitter, the foreign ministry also urged any Bahrainis in the republic to leave immediately.

It cautioned that Iran was seeing "large-scale disturbances and an unstable security situation" as well as "grave acts of violence".

Shiite Muslims, the majority in the small kingdom of Bahrain, generally travel to Iran for religious reasons.

Relations between the Sunni-ruled monarchy and Shiite Iran are strained over allegations by Manama that Tehran interferes in its internal affairs.

Bahrain is the first Gulf Arab state to issue a travel warning for Iran where 10 people were killed overnight in the worst street violence so far since protests broke out on Thursday.