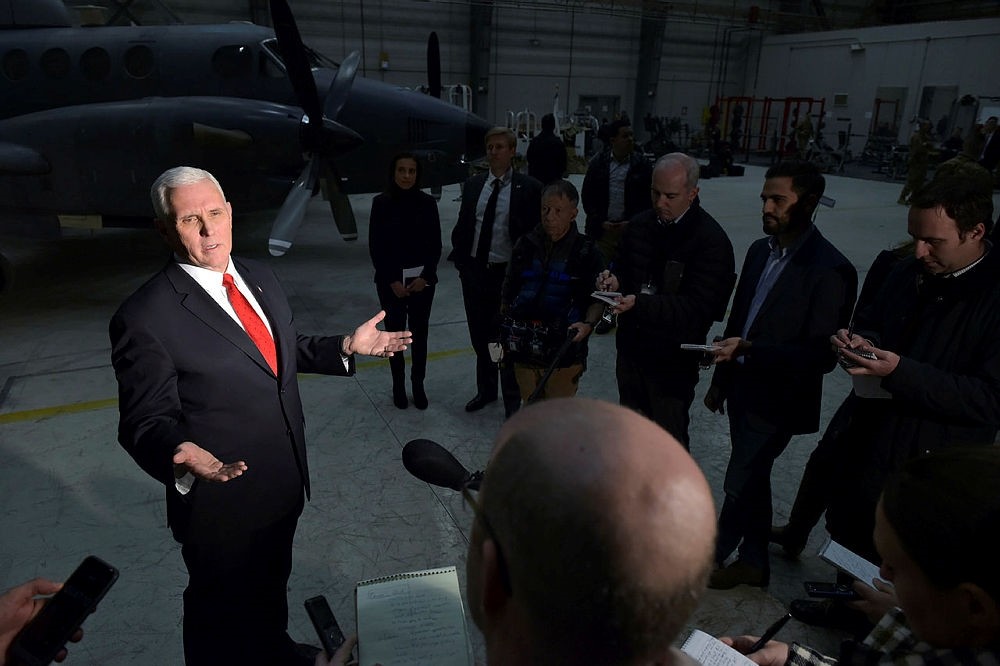 Spokesman Emmanuel Nahshon said the visit, which had been expected to take place the week of Jan. 14, is not on the ministry's schedule for January.

"The visit is not included in our provision of scheduled visits of high-level dignitaries in January," he said.

He gave no reason for the apparent delay and said it was still possible that Pence could decide to come. But he said there was no new date for an expected visit.

Pence had been scheduled to visit Israel last month but called off the trip at late notice and said he would come instead in January.

The official reason for the delay was the Senate tax vote. But it also followed region-wide uproar over President Donald Trump's decision to recognize Jerusalem as Israel's capital.

Later Monday, Pence's deputy chief of staff, Jarrod Agen, said the visit was still on. "As we said, we are going later this month," he said, without providing specific dates.

The Palestinians, who consider Israeli-occupied east Jerusalem as their capital, canceled a planned meeting with Pence to protest Trump's decision. Leading Muslim and Christian clerics in neighboring Egypt also said they would refuse to meet with Pence during a planned stop in Cairo.