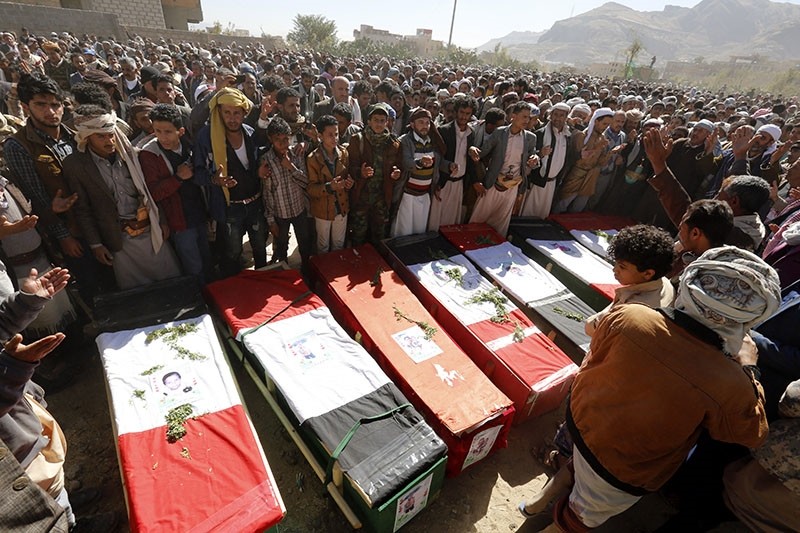 Norway said Wednesday it has suspended exports of munitions and arms to the United Arab Emirates as a "precautionary line," based on its assessment of the situation in Yemen, where a Saudi-led coalition has been fighting Shiite rebels for the past three years.

The UAE is part of the coalition.

Foreign Minister Ine Eriksen Soreide said she has "no information" that any of Norway's military exports have been used in Yemen but that there's "great concern" over the humanitarian crisis.

The Emirati government offered no immediate comment on Norway's decision.

On Tuesday, Norwegian newspaper Verdens Gang published a video by the Yemeni rebels, known as the Houthis, in which they claim to have seized "a U.S. spy submarine."

The Norwegian newspaper said it was a REMUS 600 Autonomous Underwater Vehicle made by Norway's Kongsberg group. There was no comment from Kongsberg or from the Saudi-led coalition. It was also not clear when the sub was purportedly seized.

Eriksen Soreide said that since 2010, Norway has allowed sale of weapons and ammunition to the UAE. The decision to suspend sales for so-called A-material — munitions and arms— was made Dec. 19 and announced on Wednesday.

The Houthis, who are allied with Saudi Arabia's rival, Iran, have forced into exile the Saudi-backed and internationally recognized government of Yemeni President Abed Rabbo Mansour Hadi. Despite a fierce air campaign against them, the rebels still control Yemen's capital, Sanaa, and much of the country's north along the border with Saudi Arabia.

Earlier this month, the Houthis killed Yemen's former president, Ali Abdullah Saleh, after he broke off his alliance with the rebels and appeared ready to switch sides.

Yemen's war has killed more than 10,000 civilians, displace more than 3 million and pushed millions to the brink of famine.

In 2016, Norwegian exports of weapons and ammunition to the UAE rose to 79 million Norwegian crowns ($9.7 million) from 41 million in 2015, Statistics Norway data showed.