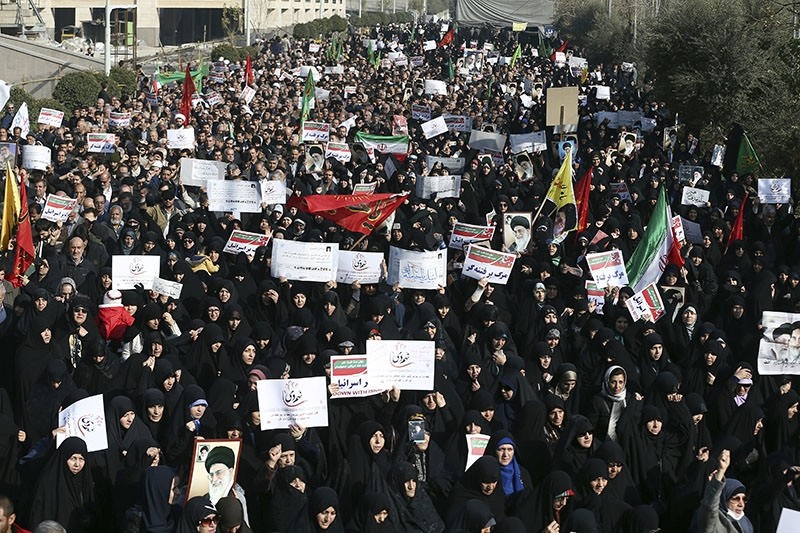 Iranian state media are airing footage of pro-government demonstrations in cities across the country after a week of protests and unrest over the country's poor economy.

The English-language broadcaster PressTV broadcast the rallies live on Wednesday, saying they were to "protest the violence that has taken place over the last few nights in cities."

Crowds chanted "Leader, we are ready" as images showed vast numbers marching through the cities of Ahvaz, Kermanshah, Gorgan and elsewhere.

"We offer the blood in our veins to our leader," was another popular chant.

The rallies come after Khamenei on Tuesday blamed days of protests across the country on meddling by "enemies of Iran." State TV reported on Tuesday that the latest clashes between protesters and security forces have killed nine more people.

The demonstrations are the largest seen in Iran since its disputed 2009 presidential election. At least 21 people have been killed.