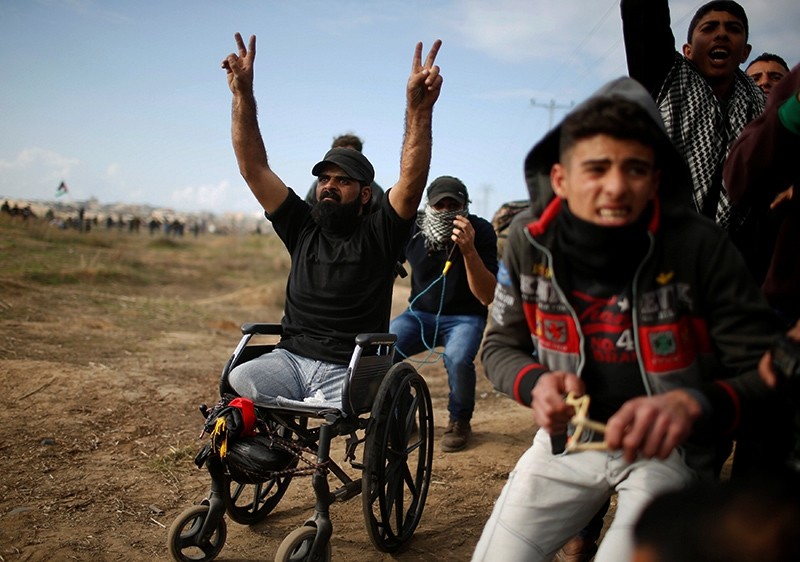 The Israeli military announced on Thursday it is reopening an investigation into the death of a paraplegic Palestinian man in the Gaza Strip who died during a violent protest along the border with Israel.

The military said it will examine the circumstances of Ibrahim Abu Thraya's death last month after new information emerged. Palestinian medical records in Gaza obtained by The Associated Press (AP) show he was killed by a bullet that struck him in the head.

The Dec. 15 death of Thraya was denounced by the Palestinians and decried by U.N. High Commissioner for Human Rights Zeid Ra'ad al-Hussein, who said the a 29-year-old amputee was shot in the head by Israeli troops close to the Gaza-Israel border fence.

The Israeli military said its own operational investigation, carried out shortly after the incident, had found that it was not possible to say what had killed Abu Thraya. It said no live fire had been directed at him during the dispersal of the demonstration, in which protesters hurled explosive devices and rocks and set tyres alight.

"In order to further examine the case, including information received from organizations operating in the Gaza Strip, it was decided that the circumstances of Thraya's death will also be examined by a Military Police investigation," the army said in a statement.

The case has become a rallying cry among Palestinians since U.S. President Donald Trump recognized Jerusalem as Israel's capital.

The 29-year-old Abu Thraya, who lost his legs in a separate incident several years ago, was killed on Dec. 15 in clashes that broke out along the Israeli border. Palestinians say he was shot deliberately by an Israeli sniper — a claim the military denies.

The medical records, which include a hospital report and a death certificate, say Abu Thraya was struck by a bullet above his left eye and died from bleeding in the brain. The same findings were detailed in a report by the Palestinian Red Crescent ambulance service reviewed by the AP. The reports did not specify who fired the bullet or what caliber it was.

Posters of Abu Thraya in a wheelchair, raising the Palestinian flag and flashing a "victory" sign, have become ubiquitous in Gaza. He has emerged as a symbol of resistance to Trump's Jerusalem move, which the Palestinians largely see as siding with Israel.