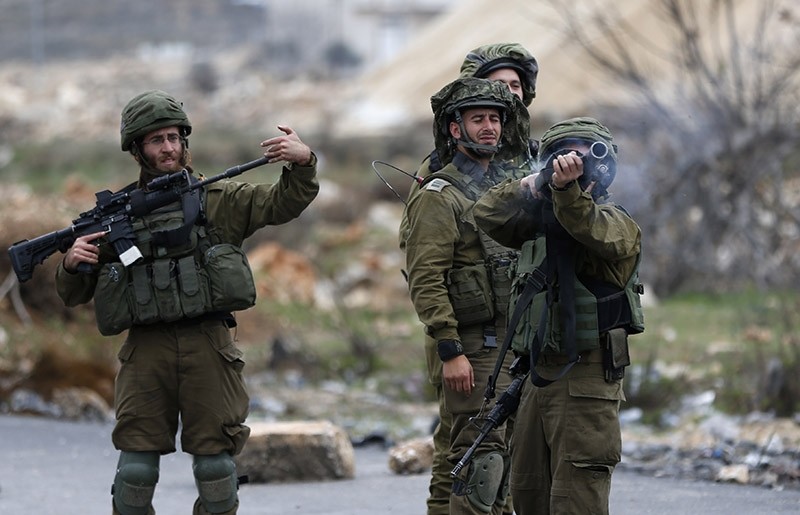 An Israeli soldier fires tear gas near one of the entrances to Israel's Offer prison in the West Bank village of Betunia. (AFP Photo)
by Associated Press Jan 07, 2018 12:00 am

An Israeli rights group says authorities only bring indictments in about one in 10 ideologically-motivated attacks by Israelis against Palestinians in the occupied territories.

In an annual report published Sunday, Yesh Din says it has monitored 225 investigation files since 2014. Of the 185 files processed, it says just 21 have resulted in indictments — an 11.4 percent rate.

Though the figures mark an increase over previous years, the group says its findings still show that Israel "fails to fulfil its duty to guarantee the safety of the Palestinian public in the occupied territories."

As a result, it says Palestinians have been increasingly refraining from turning to police.

Yesh Din is often critical of Israeli authorities and government policies in the West Bank.