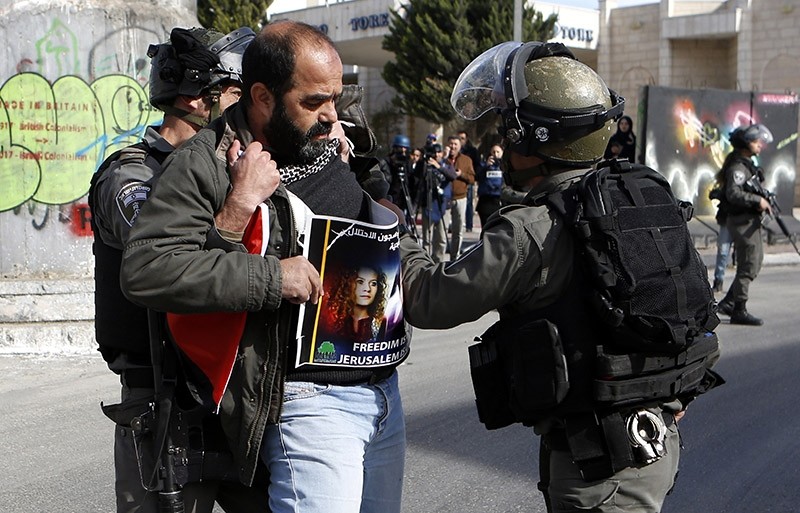 Israeli forces detained 3,617 Palestinians in the West Bank and Gaza Strip in 2017, according to the Israeli military.

The army said in a statement on Sunday that the number of arrests was higher than in 2016 when Israeli forces rounded up 3,313 in both territories.

In 2017, 20 Israelis were killed in 99 attacks or attempted attacks in the West Bank, up from 17 a year earlier, according to the statement.

A total of 35 rockets were fired from Gaza into Israel in 2017, 30 of them were fired after U.S. President Donald Trump officially recognized Jerusalem as Israel's capital last month.

Despite the rocket fire, the army said the borderline between Israel and Gaza remained calm in light of efforts by Hamas, which rules the strip, "to prevent escalation."

The data showed that the Israeli army carried out 59 attacks in Gaza in 2017 allegedly in response to rocket fire.