One dead, another injured in blast outside Stockholm metro station 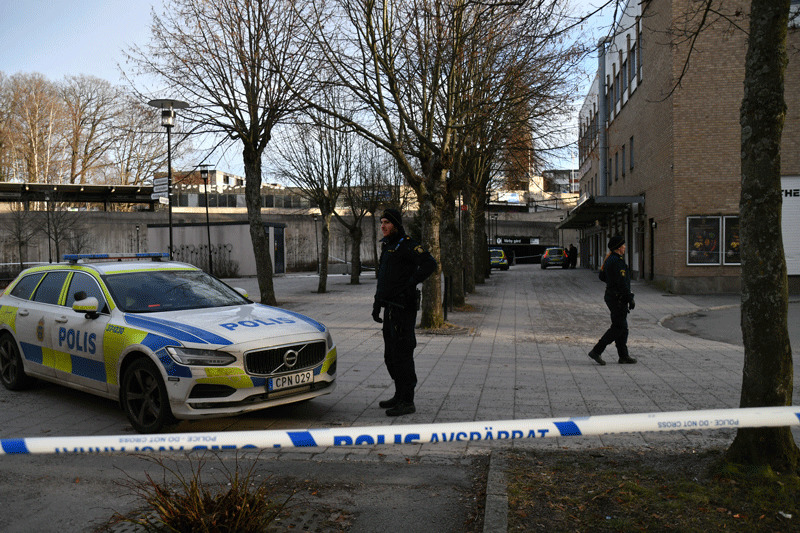 A man in Stockholm picked up a suspected hand grenade from the ground and it detonated in his hand Sunday, killing him and injuring his companion, Swedish police said.

"The man was seriously injured after he picked up something from the ground and this device exploded," Olsson said.

The man, in his 60s, was rushed to hospital but later died while the woman, in her mid-40s, received minor wounds to her face and both legs, Olsson said. The couple had been cycling past the device when the man stopped to investigate it.

"There is obviously something that has exploded strongly ...But we will have to wait for the technical investigation," Olsson said, adding that a murder investigation had been launched.

There was no reason to believe the event was linked to terrorism, he said.

Police checked in and around the subway station after the blast to make sure there were no additional explosive devices.

Varby Gard is located in the municipality of Huddinge, a Stockholm suburb.

Swedish police have "unfortunately" noticed a rise in the use of hand grenades by criminal groups in the Nordic country, Lars Alvarsjo, chief of Stockholm's southern police district, told the Swedish national broadcaster SVT. The three biggest cities in Sweden — Stockholm, Goteborg and Malmo — have seen several violent gang-related incidents in the past few years.

Many of the illegal hand grenades found in Sweden are being imported from former Yugoslav nations, Alvarsjo said.