Power supply to Gaza to be resumed Monday, Israel says 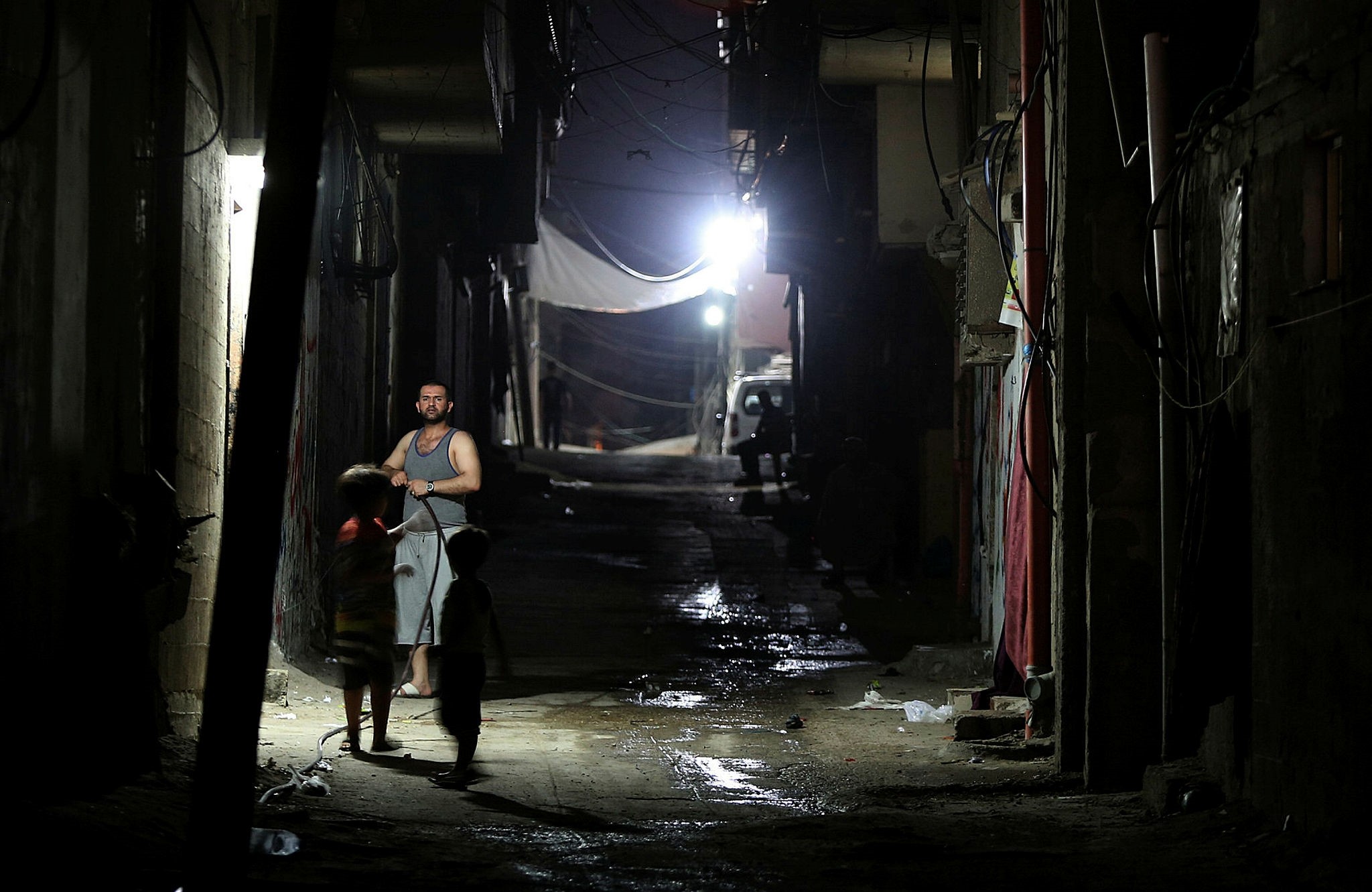 Palestinian refugees seen outside their houses during power outage at Al Shateaa refugee camp in the West Gaza City, 17 July 2017. (EPA Photo)
by Daily Sabah with Reuters Jan 07, 2018 12:00 am

Israel said it will restore full electricity supply to Gaza Strip on Monday following a request last week by Palestine.

Gaza's two million residents were left with only three to four hours of electricity a day in April as supplies were decreased by about half when Israel cut the supply upon Palestinian President Mahmoud Abbas's withdrawal from his guarantee to pay Israel.

A brief statement by Israeli Energy Minister Yuval Steinitz on Sunday said he had ordered the power lines, which can deliver up to 120 megawatts of electricity, to be prepared for full operation "no later than tomorrow (Monday)." The move will restore an additional 50 megawatts of power to Gaza.

A Gaza economist said the restoration of electricity from Israel, the enclave's main electricity supplier, could raise power delivery to six hours. Gaza's sole power station generates only a small amount of electricity.

Hamas, the Palestinian resistance movement which governs the Strip, signed an Egyptian-brokered reconciliation agreement with the Fatah movement in October and agreed to hand over administrative control of the Gaza Strip to the Ramallah-based government of Palestine, which runs the West Bank, illegally occupied by Israel.

But both groups have failed to finalize details of the deal, which had been due to be completed Dec. 1.

The resumption of power delivery comes at a time of heightened Israeli-Palestinian tensions.