Diphtheria kills 48 in war-torn Yemen in last 2 months, WHO says 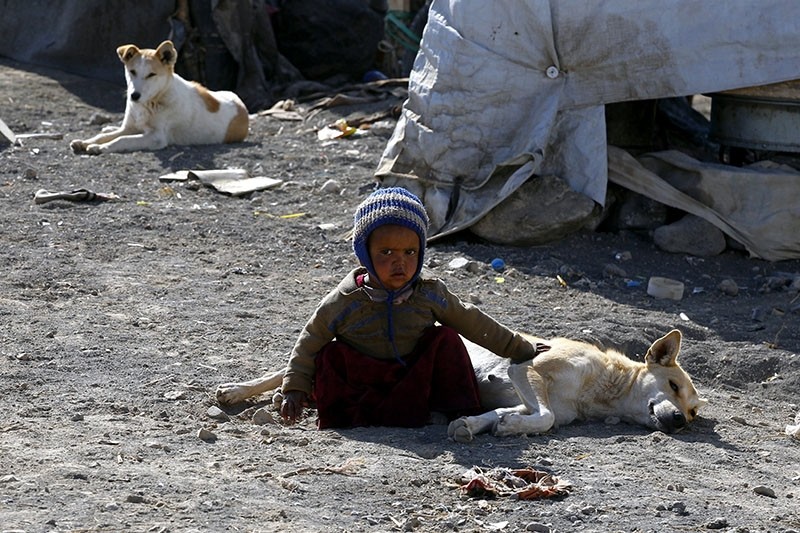 A displaced Yemeni child plays with a dog outside a makeshift shelter at a camp for Internally Displaced Persons (IDPs) in the northern province of Amran, Yemen, Jan. 10, 2018. (EPA Photo)
by Anadolu Agency Jan 11, 2018 12:00 am

Diphtheria has claimed 48 lives in conflict-wracked Yemen within the last two months, according to a World Health Organization (WHO) report issued Thursday.

The report states that diphtheria-related deaths had been recorded in 19 out of Yemen's 23 provinces.

Another 610 suspected cases of diphtheria, meanwhile, have been reported across the country, according to the WHO.

The diphtheria outbreak coincides with a deadly cholera epidemic that began last April, which has claimed more than 2,200 lives in all but one province of Yemen, according to figures released earlier by the WHO.

The WHO website describes diphtheria as "a vaccine-preventable disease caused by toxin-producing Corynebacterium diphtheria transmitted… through close physical and respiratory contact".

Impoverished Yemen has been dogged by violence since 2014, when Houthi rebels overran much of the country. The conflict escalated in 2015 when Saudi Arabia and its allies launched a devastating air campaign aimed at rolling back Houthi gains.

The ongoing violence has devastated basic services, including water and sanitation systems, prompting the UN to describe the situation in Yemen as one of "the world's worst humanitarian disasters in modern times".