Qatar says it's ready to discuss differences with Egypt 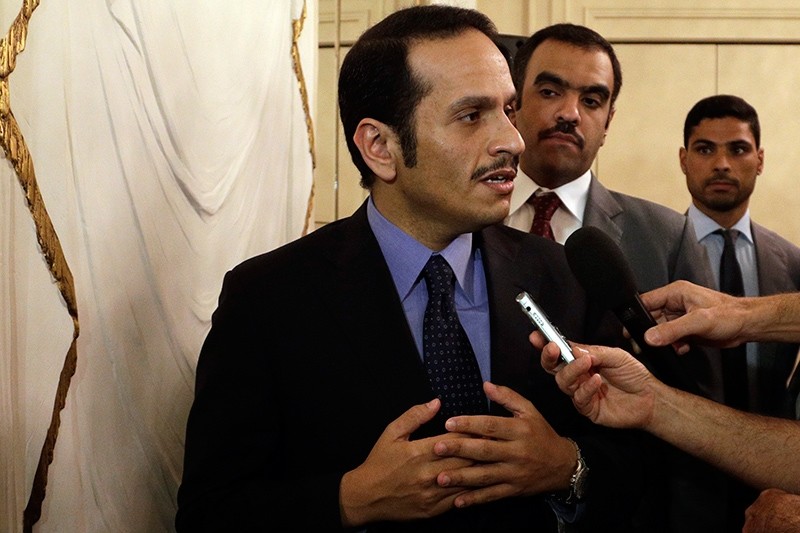 The foreign minister also pointed to "attempts" — he did not say by whom — to disrupt diplomatic rapprochement between the two Arab states.

He made the assertions late Wednesday in an interview broadcast on Qatari state television.

When asked about Doha's current relations with Cairo, he said: "Since its Jan. 25, 2011 revolution, Egypt has gone through a very sensitive phase."

"We appreciate Egypt's leading role in the Arab world and the choices made by the Egyptian people, no matter what they are," the foreign minister added. "We have no right to interfere with them."

A leading member of Egypt's Muslim Brotherhood group, Morsi had enjoyed close political support from Doha during his single year in office.

According to the Qatari FM, Riyadh had encouraged rapprochement between Egypt and Qatar during the "Northern Thunder" military exercises held in March 2016 in Saudi Arabia.

The three leaders had decided to convene a meeting of their respective foreign ministers, according to the Qatari FM, who went on to note that the meeting had never materialized.

He stressed Qatar's readiness, however, to hold talks with Egyptian officials with a view to overcoming the two countries' outstanding differences.

Egypt is currently part of a Saudi Arabia-led bloc of Arab states, which also includes the United Arab Emirates and Bahrain, that collectively cut ties with Doha last summer after accusing the latter of supporting terrorist groups in the region.

Qatar, in turn, has vehemently denied the allegations.