Israel to close 7 diplomatic missions over next 3 years, report says 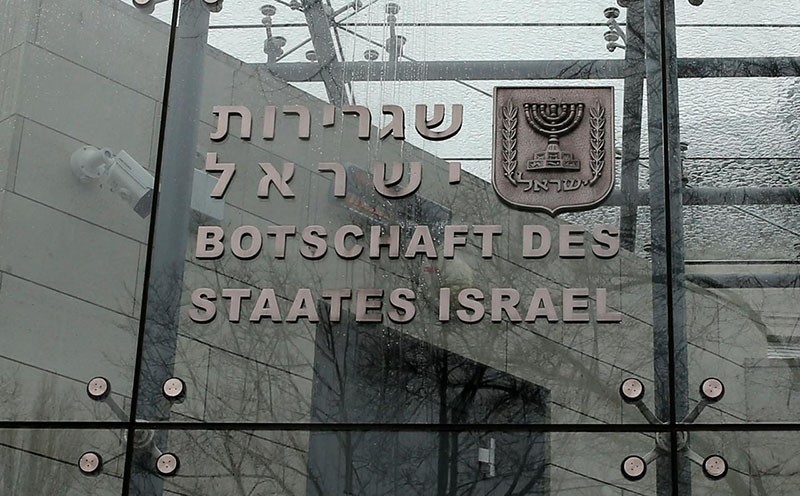 A sign is pictured at the entrance to the embassy of Israel in Berlin, Germany (Reuters File Photo)
by Anadolu Agency Jan 12, 2018 12:00 am

Reports on the 2019 budget, passed Friday, gave no details on what missions would be shuttered. Earlier plans called for closing 22 missions.

Some missions in countries such as the U.S. and Canada are set to be reviewed in light of their high annual operating costs, along with missions in Turkey, with the Finance Ministry also suggesting cutting their number by combining some.

Israel currently has an embassy in Turkey's capital Ankara and a consulate in its financial center, Istanbul.

An initial plan to cut 140 Foreign Ministry employees has also been replaced by a plan to encourage ministry staff to retire, according to reports.

Israel currently maintains diplomatic relations with 162 countries around the world.

It has been under renewed fire in the wake of the U.S. recognition of Jerusalem as Israel's capital. In a U.N. vote last month, a Turkish-sponsored resolution rejecting the move was overwhelmingly approved, excepting Israel, the U.S., and a handful of small nations.